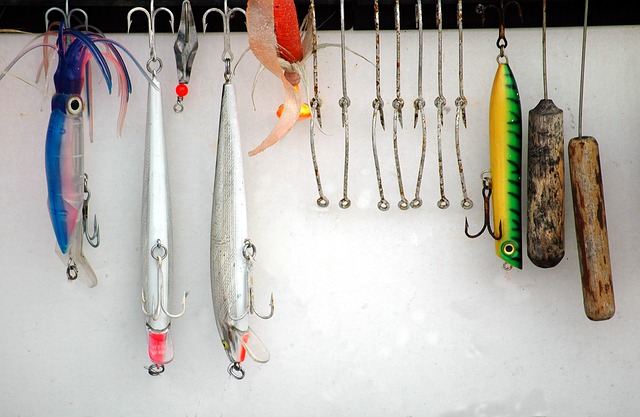 KENTUCKY – If fishing is one of your true loves, then think of Valentine's Day his past week as the start of the best fishing of the year for sauger and walleye in Kentucky rivers and tailwaters. The water may still be cold with temperatures in the high 30s and low 40s, but the fishing can be hot.

"What's challenging about sauger is it's either boom or bust," said fisheries biologist Ryan Oster, of the Kentucky Department of Fish and Wildlife Resources. "It's a seasonal fishery because of their biology."

The best opportunity of the year to catch sauger in numbers is when they gang up below dams, prior to spawning. "By April, they disperse and migrate back down river," said Oster. "They are so spread out it's hard to catch more than one or two."

Walleye are present in six central and eastern Kentucky lakes: Lake Cumberland, Laurel River Lake, Carr Fork Lake, Nolin River Lake, Paintsville Lake and Green River Lake. These fishable populations were established through decades of stockings and intensive management. They began in the 1960s when the fisheries division stocked the Lake Erie strain of walleye, which is more suited to lake environments.

In the late winter, these walleye also make seasonal runs upstream into tailwaters where they stack up below dams. The tailwaters below Lake Cumberland and Green River Lake probably offer the best opportunities to catch walleye this time of year.

Typically, walleye escape from lakes when there is a sudden rise due to heavy rains or snow melt. Walleye in rivers are attracted to the current that's created by heavy discharges through dams.

Oster said vertical jigging is his go-to presentation for catching both sauger and walleye in late winter.

"It's easy to efficiently probe bottom structure such as humps, rock piles, and deep holes," said Oster. "Sauger and walleye also like to stack up in eddies and along current seams below dams. They conserve energy by staying out of the current, then dart out to grab a minnow as it swims by."

By fishing vertically, there's less chance of getting hung up, too. "Use your electronics to locate fish and then put your lure right in front of their noses," he said.

Sauger and walleye typically lay right on or close to the bottom and look up for prey to ambush. "They have good vision and can see the colors green and orange best," said Oster.

Oster prefers tipping his lead head jigs with plastic curlytail grubs rather than live minnows. "You can catch multiple fish without having to re-bait," he said. "A 3/8 or ½ ounce jig is usually heavy enough to stay in contact with the bottom where I fish, but in deeper water or in heavier current, more weight is needed. Raise and lower the rod so that the jig swims along about four inches off the bottom."

A second option is vertical jigging blade baits, thin metal crankbaits with lead heads that imitate a shad. "I lower the bait down until it hits bottom, then I reel it up about six inches," explained Oster. "I pull the lure up, with a sharp jerk of the rod, and keep the line tight enough to feel the lure wobble back down. Most bites will occur on the fall."

Sauger and walleye are closely related, members of family Percidae. Walleye have a prominent dark blotch on the first dorsal fin. Coloration is dark green on the back. The yellowish sides have faint markings, and the belly is milky white. Sauger are darker, with distinctive brown saddlelike markings across their back and sides.

The current license year expires Feb. 28. If you plan to fish after March 1, you'll need to buy a new fishing license, available in the sporting goods section of department stores and tackle shops. Licenses and permits may also be purchased online from the Kentucky Fish and Wildlife homepage at fw.ky.gov. The entire Spring Fishing Frenzy series will be posted at this same website for future access to these articles.

Author Art Lander Jr. has been writing about the outdoors since the 1970s. He is a staff writer for Kentucky Afield Magazine.