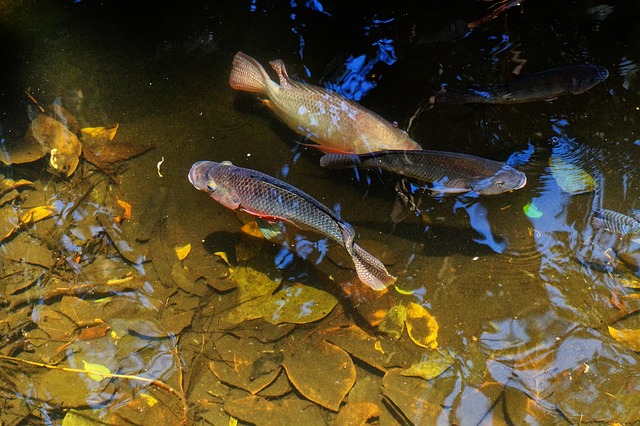 Barry Mann claimed the top prize of $10,000 after hauling 28,670 pounds of fish from Kentucky and Barkley lakes during the two-day tournament held March 12-13.

"We were in them all day long," said Mann, of Benton, Ky. "They were still jumping around the boat when we had to leave. What we went for was 20,000 pounds. We were pleased with our weight."

Ron Brooks, fisheries director for the Kentucky Department of Fish and Wildlife Resources, said the tournament underscored the enormity of Asian carp issues in two of Kentucky's most economically and recreationally important reservoirs - as well as other areas in the state.

"Kentucky waters are infested with Asian carp," Brooks said. "The 40 tons of carp removed during this tournament is not insignificant, but this is only a drop in the proverbial bucket. The results were as clear as is the message: We must employ the commercial industry to remove Asian carp."

Two species of Asian carp - bighead carp and silver carp - are plankton feeders and do not take bait off a hook like a sport fish. Brooks noted that these carp over harvest plankton, which are the base of the aquatic food chain. Carp threaten the well-being of native fish and mussels by removing this source of nutrition..

Twenty-one commercial fishing teams originally signed up for the tournament. The number dropped to 15 on opening day, then to 11 teams as some fishermen dropped far behind Mann's team and the team of Heath Frailley, the runner-up.

Department officials had hoped that each team would harvest 5,000 pounds of fish a day to meet the tournament goal of 200,000 pounds. The most experienced teams managed to exceed the daily goal.

Volunteer monitors for the tournament came from Maine, Tennessee, Illinois, Missouri and Kentucky. The monitors noted that sport fish species such bass, bluegill, catfish, and crappie were rarely caught in the nets during the tournament. Sport fish were release immediately.

Brooks wants to hold more tournaments. "The numbers of carp are becoming alarming in many waters, including Kentucky and Barkley lakes," he said. "Tournaments are currently this department's only tool for removing measurable quantities of Asian carp."

Brooks said the department has learned much from this pilot tournament and plans to have more if funding can be found to give impetus to commercial fishermen to fish the two reservoirs. "The number of tournaments is dependent upon, of course, funding," he said. "We need sponsors and we need donations."

The first Asian carp commercial fishing tournament was successful because of key sponsors such as the League of Kentucky Sportsmen, Cabelas and the Kentucky Fish and Wildlife Foundation.

Tournaments will continue until fish processing plants can be built to support the existing market for Asian carp. That could generate the prices needed by commercial fishermen to make Asian carp worth their while.

"With just a little economic boost, the fish processing industry in this area would take off," he said.
"This tournament brought more media to cover this issue than we could have even hoped for, and hopefully, it will help initiate state and federal funding such as low interest loans to give the industry the small boost it needs."

"This problem was not manufactured by Kentuckians, but it is us who need to attack it now, before the Asian carp cause insurmountable harm to our aquatic resources," Brooks concluded.