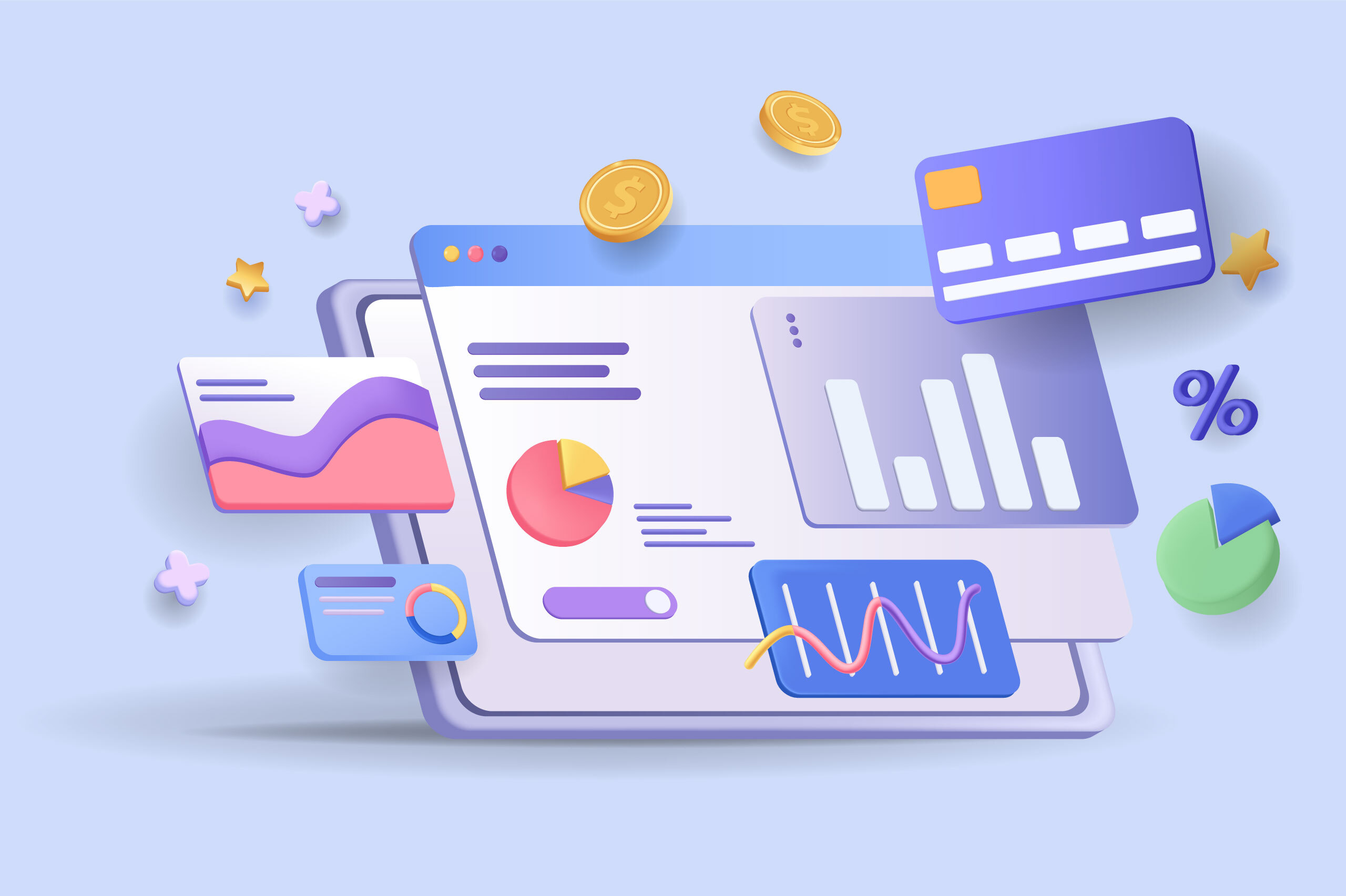 There’s no argument that the ability to cover expenses now and pay later can occasionally be a lifesaver. Nonetheless, the whole arrangement has an unsavory way of feeling far less convenient when your monthly bill arrives.

In some ways, it’s not a huge surprise that credit card debt in America has experienced a marked increase throughout 2022. Between inflation, rising interest rates, and the economic fallout of the pandemic, many Americans are struggling to stay on top of their finances.

But just how bad is it? Let’s take a closer look at what the Federal Reserve Bank of New York’s most recent data had to say.

The Growth of Credit Card Debt Over the Past 20 Years

According to the Household Debt and Credit report, the United States’ total household debt experienced a $312 billion growth spurt in Q2 of 2022 alone, soaring to a new balance of $16.15 trillion. While mortgage balances were the rise’s largest culprit, credit card debt made a hefty $46 billion contribution to the problem, representing the largest cumulative increase in credit card balances in more than 20 years with a 13% more since the second quarter of 2021.

The report also revealed that credit card companies are now lending out more money to individual cardholders, as evidenced by the largest aggregate limit increase in over a decade.

Not only are credit cards offering higher balances, but Americans are both opening accounts and taking advantage of their increased limits.  The study also revealed the highest year-over-year percentage increase in American credit card balances in over two decades.

As of 2022, Americans are sporting a collective $887 billion worth of credit card debt. Credit card debt in America has seen a distinct ebb and flow over the past 20 years, with two distinct peaks. During the 2008 financial crisis, American credit card debt climbed to $870 billion, only to see a gradual decline to 20-year lows of $660 billion in Q1 of both 2013 and 2014.

Things then took a turn as America’s collective credit card debt began to steadily climb to reach an all-time high of $930 billion during Q4 of 2019. Ironically, the pandemic actually continued to foster a decline in these numbers, at least initially. Q1 of 2021 saw a dip to $770 billion before yet another steady increase began.

While different analysts use various methods to calculate average credit card interest rates over the years, they almost all agree that interest rates have reached their 20-year peak.

According to recent data from CreditCards.com, the average credit card APR is around 18.79%. Those who qualify for rates on the lower end of the spectrum can expect to pay around 15.88%, while customers with bad credit are contending with average rates of as high as 27.84%.

How does that stack up with the average over time? As the site points out, it depends on the type of card in question. With the exception of instant approval cards, which saw a brief but drastic increase to 28% ARPs in 2013-2014, average interest rates are now at a 20-year high for cards across the board.

According to the New York Fed’s quarterly report, credit card delinquency rates did rise a bit during the COVID-19 pandemic. But not as sharply as they did after the financial crisis of 2008.

By Q1 of 2015, things had stabilized a bit as the rate dropped back down to 8%. Things remained relatively stable for the next few years until 2020 when rates once more began climbing closer to the 10% range.

So, while COVID-19 did cause a slight rise in delinquency rates, percentages have already dropped back down to pre-pandemic levels. Here's a look at the fluctuations between delinquency rates on accounts over 90 days past due over the past 5 years.

The Average Number of Credit Cards Owned Per Customer

According to the Federal Reserve’s most recent data, 84% of all American adults have at least one credit card. Nearly every adult who made at least $100,000 annually reported being a credit card user, while numbers dwindled a bit in lower income brackets.

Experian’s most recent survey found that most users own anywhere between 3 and 4 cards, with an average of 3.84 accounts per user. This number seems to have remained fairly consistent the last 20 years, according to an old Gallop survey from 2002.

The 2002 survey revealed that 81% of U.S. citizens reported owning at least one card. Among this group, 23% of those surveyed said that they had owned at least 5-6 cards at one time, but the overall average was 4 cards per customer.

While Generation X and Baby Boomers tend to carry the most credit card debt specifically, it’s also worth noting that Millennials actually rank the highest in terms of the most debt overall.

Experian also uncovered another trend that’s not particularly surprising when you really think about it. One of their recent surveys found that the average credit card debt among married couples was $6,881, as opposed to $4,870 for singles.

While married couples had an average of 41% higher credit card balance than singles, their total accounts for the spending habits of two people.

A recent survey from College Finance revealed that over 64% of college students in America already have at least one credit card. As far as their spending habits, the average credit card balance among the demographic was around $3,280.

What kinds of charges are students racking up these days? The study found that 44% of the average college student's debt went to gas, 50% was due to dining, and just over 70% was due to online shopping purchases.

It turns out that average credit card debt can also vary widely depending on what part of the United States you live in. Curious to see where your state ranks?

Credit Karma recently did a 2022 study in which they ranked the average amount of credit card debt among their customers depending on which state they lived in. One of the most interesting aspects of the study was that it didn't necessarily find the highest average credit card debt in the states you might think.

Which States' Residents Have the Most Credit Card Debt?

Credit Card Debt As a Percentage of Income

While credit cards certainly have their uses, it can occasionally be tricky to figure out how much debt is too much. According to Consolidated Credit, you should attempt to limit the total amount of credit card debt that you carry at any given time to no more than 10% of your annual net income.

This debt-to-income ratio may be even more manageable if you break things down into monthly increments. For instance, if you earn a total of $4,000 a month, then ideally your monthly credit card bills shouldn’t cost more than a total of $400.

The only exception, of course, is if you regularly use your credit card instead of (not in addition to) your debit card and pay off your balance at the end of each month. Once you start putting more than 10% of your income toward paying off your credit card balances each month, it tends to get a little harder to stay on track.

This is particularly true if you have a high interest rate and are only making minimum payments. By getting into more debt than you can afford, you may literally end up paying for each of your purchases three times over.

Due to these considerations, Americans tend to have different average amounts of credit card debt depending on their median yearly income bracket.

In 2020, the Federal Reserve revealed how much credit card debt is average for Americans who fall into different financial categories:

How Do We Compare? Credit Card Debt By Country

Now that you have a better overview of what credit card debt looks like throughout the United States, you may be wondering how we stack up against other countries. Several interesting hints lie in a study conducted by Shift Processing back in 2020.

Given the extensive amount of research from financial organizations in the U.S., it’s now possible to have a much more comprehensive view of the country’s economic position. Here’s a collection of more fun financial facts to get you up to date on credit cards and other types of debt in the U.S.

We hope you’ve enjoyed this overview of U.S. credit card statistics and how they’ve changed throughout history. No matter what your income or personal credit card balance is, sometimes it’s nice to know how you compare to other credit card users across the country. This information can serve as a benchmark to help keep you on track for financial success, even if you do enjoy having your credit card foot the bill from time to time.

To find all the details about the terms and conditions of an offer, check the online credit card application. We put a lot of effort to present you accurate and up-to-date information; however, we do not guarantee the accuracy of all credit card information presented.

Editorial Disclosure: All reviews/opinions expressed here are author's alone, and have not been reviewed, approved, or otherwise endorsed by any advertiser included within our content. The information presented on this page is accurate as of the posting date; however, some of the offers mentioned below may have expired. Check the issuer's website for the most recent information. 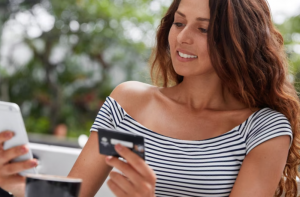 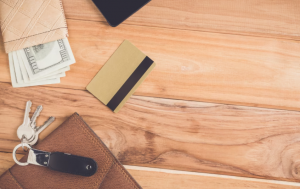 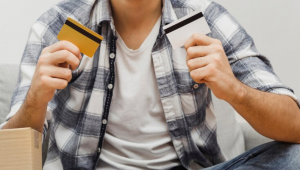 Credit Cards with The Highest Cash Advance Limits this 2023 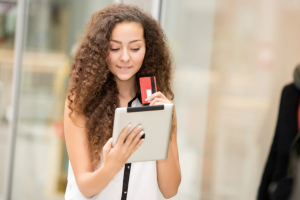 Best Ways to Pay Your Credit Card: When and How to Avoid Interest & Im...