KY Lake on the Verge of Great Crappie Fishing 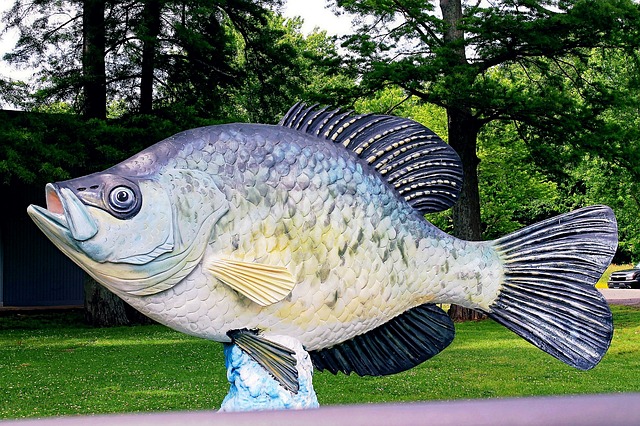 The crappie population in the lake also morphed from mainly white crappie to predominately black crappie due to aging of the lake. The water flows clearer than it once did and more sunlight reaches the depths, generating more aquatic vegetation. Clearer water and more vegetation favor the black crappie and their numbers increased dramatically in the last decade in Kentucky Lake.

The poor white crappie spawns and population changes left some Kentucky Lake crappie anglers scratching their heads in frustration the past several years. If current trends are any guide, crappie anglers on the lake won’t have time to scratch anything because they will be reeling in too many crappie.

What Rister and staff see in their sampling nets is also reflected in the crappie fishing on Kentucky Lake this fall. “My Dad and I fished last week and we caught a lot of fish,” said Ryan Oster, federal aid coordinator of the fisheries division of Kentucky Fish and Wildlife. “We came back with our limits every day. We averaged 100 fish a day. The fish are there, that’s for sure. We caught mostly white crappie. It was awesome. I’ve never experienced crappie fishing like that.”

Their largest fish was a 16 ½-inch white crappie. Oster threw 1/16-ounce Roadrunners at bridge pilings in Jonathan Creek and on the U.S. 68/80 Bridge on the main lake.

“We caught more black crappie on the rip rap around the bridge pilings,” he explained. “They stacked up at the point where the rip rap hit the bottom of the lake in about 9 to 14 feet of water.”

They caught many white crappie near the mouth of Jonathan Creek by probing brush near drop-offs. “There are so many man-made brush piles in Kentucky Lake now,” Oster explained. “Even if you don’t know where they are, get a good map and check areas near drop-offs with your electronics. Poke around little and you’ll find them.”

A Roadrunner is a small jig with a tiny spinner attached to a horsehead-shaped leadhead dressed with marabou. They also come with curly-tailed plastic grubs or tubes as a trailer and Kentucky Lake crappie hit them with abandon. Oster used the model with a tube trailer. Purple, red, white and orange with chartreuse were the best colors.

“We caught 3-to-1 non-keepers to keepers,” Oster said. “Next year may be phenomenal on Kentucky Lake for crappie.”

Rister said they captured many two-year-old, 8- to 9-inch white crappie in their population sampling along with healthy numbers of white crappie born in 2010 and earlier this year.

“The crappie population in Kentucky Lake is extremely cyclic,” Rister said. “We are just riding the wave. In 4 or 5 years, it could be glory time for crappie fishing on the lake.”

He also recommended anglers target Mississippi tributaries for good fall crappie fishing. “We went to Hickman Harbor on the Mississippi River at the mouth of Obion Creek and the parking lot is usually empty,” Rister said. “There were 8 to 10 trailers parked there. They are slaying the crappie in up Obion Creek and Bayou De Chien. We started sampling and we had to push back the black and white crappie just to find some shad. We would see 50 to 70 crappie, with many in the 8- to 12-inch range. It really surprised us.”