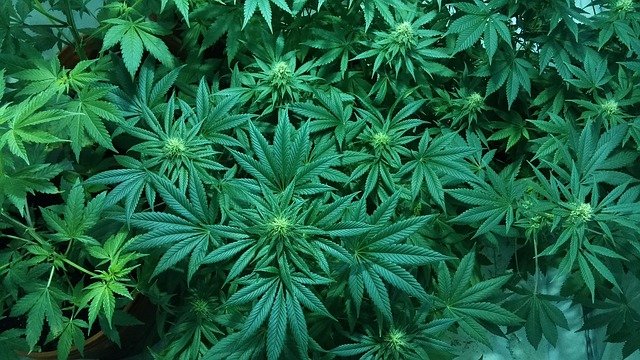 KENTUCKY — More than half of Kentucky’s industrial hemp crop this year can be traced to 19 counties, 58 farmers and one company in Winchester.

“And so we’re intrigued by what they’re getting done,” said Beeler.

Atalo got its start with $492,000 in state funds culled from a 16-year-old settlement between the state and cigarette manufacturers after Kentucky made state-sponsored research legal in 2013, said Beeler. It was the first project to receive state tobacco settlement dollars for a hemp-related project, the GOAP reported last year, and it is currently processing its product from last year into protein powder and other legal hemp products.

Other hemp operations are also at work across the Commonwealth. Rep. Tom McKee, D-Cynthiana, said a farmer in his district is growing 20 acres of hemp under black plastic with drip irrigation. Beeler said most hemp grown that way is used for cannabidiol or CBD, a lucrative hemp compound believed to have medicinal benefits. Kentucky passed a law in 2014 that excludes CBD oil from the definition of marijuana—which is illegal in Kentucky—for certain epileptic patients.

And CBD oil is only one product in today’s hemp market. How large the hemp market is, Beeler said, remains to be seen.

“How big is the market? We don’t know that,” Beeler said, telling the committee he hopes hemp production can eventually replace lost tobacco income. “We went from 33 acres (of industrial hemp initially)... to somewhere in the neighborhood of 4,000 to 5,000 this year, and I don’t think anybody much is raising this stuff who doesn’t have a contract or place to get rid of it.”

“Who knows where we might be in 20 years?” he later added.

For now, hemp production in Kentucky remains state-sanctioned. Those who grow hemp here must have the government’s permission to do so, and every crop must be able to be located by GPS and be tested. Beeler said those requirements are absolutes.

“And then, maybe from that point on, we can get out of the way and let it be a crop,” he said.

Committee Co-Chair Rep. Wilson Stone, D-Scottsville, said marketing hemp likely isn’t all that different from marketing tobacco. A contract, price sheet and delivery is key to the process, he explained.

“This thing about tobacco is you know if you’ve got a contract, you had a price sheet that went along with that contract. And if you grow what that price sheet says you can sell it for that amount of money. So I think we need to get to a place, and hopefully we will soon, where the hemp folks understand that same thing,” said Stone.

A tour of Kentucky’s hemp plots at the University of Kentucky and a hemp presentation by Beeler is planned for state lawmakers across the southern U.S. as part of this week’s Southern Legislative Conference, being held in Lexington. Many states are interested in what Kentucky is doing in the hemp field and we are eager to lead the way.

I hope showcasing Kentucky hemp at the conference adds to the marketing potential for this exciting crop--a once-traditional Kentucky crop that is now leading us into a new century.
Have a great week and I’ll talk to you soon.