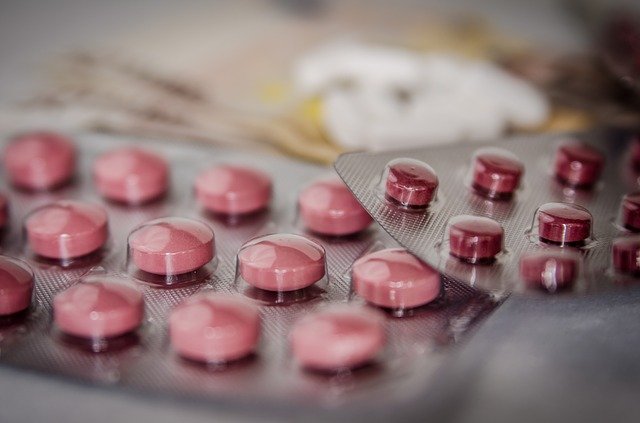 KENTUCKY — For Carl Varney in Greenup County, addiction began with marijuana and alcohol. Then he got in a car wreck in his mid-twenties and was prescribed opioid pain medication. “I already had an addiction in my life, and so for these to come in, a highly addictive substance, it took no time at all before I liked them.”

On the other side of the commonwealth in Paducah, Matt Lacefield was just a teenager when he began using opioids. “I really liked anything. Because I was young – 12, 13 years old when I really started using. OxyContin was my big thing when I was 13 years old,” he says. “It wasn’t until I got to 22 years old, I hit the bottom finally. I either had to change or something was going to change me, I knew it. It was no longer me saying it, it was just a fact.”

Carl and Matt are currently in long-term recovery, each helped through different programs. Their stories are part of Journey to Recovery, a one-hour KET documentary that takes an in-depth look at the epidemic in Kentucky. Featuring interviews with national experts on opioids as well as Kentuckians on the front lines of the crisis, Journey to Recovery explains addiction as a brain disease and explores a variety of successful treatment and recovery programs in the state. The film is part of KET’s ongoing Inside Opioid Addiction initiative, funded in part by the Foundation for a Healthy Kentucky.

Opioid Use Disorder: A Disease of the Brain
Opioids – whether prescription painkillers like oxycodone or hydrocodone, street drugs like heroin, or the newer, potent synthetic opioids like fentanyl – affect brain function in significant ways. Once in the bloodstream, an opioid travels to the brain and binds to widely distributed opioid receptors. When activated, these receptors release dopamine, the neurotransmitter that, among other things, regulates feelings of pleasure and euphoria.

The intense high associated with opioid use does not last, however. “With continued use, you get less dopamine release so the body gets used to it, it tries to adapt,” said Dr. Michelle Lofwall, a psychiatrist at the University of Kentucky. As the release diminishes, cravings for the drug increase and override a person’s rational decision making.

“The changes in the brain that are caused with repeated administration of these drugs have basically hijacked the circuitry into believing that this is a state of deprivation that, if not solved, will not allow you to survive,” said Dr. Nora Volklow, director of the National Institute on Drug Abuse.

“Addiction is clearly a disease,” said Dr. Stephen Kronenberg, director of the Renew Recovery Clinic in Georgetown. “It affects parts of the brain responsible for impulse control, motivation, and memory.” People addicted to opioids rarely can quit without help, and in recent years, more treatment and counseling options have become available across Kentucky to reach the same goal of recovery.

The Components of Successful Drug Treatment
In Clay County, Chad’s Hope offers an abstinence-only, faith-based counseling model for those seeking treatment for opioid use disorder. Carl Varney, whose drug abuse eventually brought him into the Greenup County court system, was admitted to Chad’s Hope and underwent the year-long rehabilitation program. The program’s courses in job and life skills training and its emphasis on accountability and Christian values changed his life.

“You have to give up, you have to surrender and let somebody help you,” he said. “Because you just can’t do it on your own, somebody has got to help you and that’s what treatment is all about.”

In Paducah, Matt Lacefield was admitted into another abstinence-based program, Centerpoint Recovery Center for Men. It adopts the 12-step program popularized by Alcoholics Anonymous, but does not explicitly promote Christian-oriented recovery. Matt is now a peer mentor who, along with Capt. Anthony Copeland of the Paducah Police Department and Dr. Patrick Withrow, conducts outreach into high schools to educate young people about opioid use disorder.

“For me, the great miracle in this country is the 12-step programs,” said Dr. Robert DuPont, the first director of the National Institute for Drug Abuse in the 1970s. “Treatment is expensive; you’ve got government and insurance and all of those things, but recovery is free. You go to meetings and you work the program, and it makes a tremendous difference.”

Abstinence-based treatment models have worked for Carl and Matt, but others in the throes of opioid addiction struggle in that setting. Dr. Mark Jorrisch, medical director at the MORE Center in Louisville, supervises a clinic that provides medication-assisted treatment to patients. “When you look at the literature and the science, particularly with opioid use disorders – and I continue to look at opiates as just a different type of substance than these other drugs of addiction – it’s a very difficult problem and patients respond better in my estimation to the medications.”

The MORE Center provides a methadone-based treatment model, and other medication-based facilities in the state, such as Georgetown’s Renew Recovery, operated by Dr. Kronenberg, offer buprenorphine-based models. These programs do far more than just swap one form of opioid for another; they closely monitor patients and couple the drug treatment with a counseling program that strives to achieve immediate harm reduction as well as long-term recovery.

“I didn’t even smoke a cigarette before I turned 18 so I started later than a lot of people,” said Kyle, who visits the MORE Clinic in Louisville. “It started with your college partying. Opiates for me were definitely the drug of choice. It got to the point where I realized that I had to do something or I was going to end up killing myself from an overdose.”

Kyle comes into the MORE Center every day for treatment and believes that it has the right combination of stability, support, and assistance that he needs.

“I think people need to know that this might not be for everybody, but this is something that is saving lives and it has saved my life,” he said. “I can say that with a great measure of confidence. The methadone is not a magic medicine – it’s everything else that comes with it.”

Rethinking the Role of the Criminal Justice System
“If Kentucky was a country, it would have one of the highest levels of incarceration in the world,” said Lawrence County District Judge John Holbrook. “So we are spending a fortune on incarcerating people especially who are what I would call the ‘but for’ test – that’s what we were taught in law school, but for the fact that they’re an addict, they would not be in the criminal justice system.”

The drug court system was established in 1989 and provides an alternative to incarceration for persons whose crimes are a direct result of their drug addiction.

“Drug courts are really a combination of compassionate, competent addiction treatment and common sense accountability,” said Terrence Walton, chief operating officer of the National Association of Drug Court Professionals. “It works by including treatment providers and recovery support specialists who actually treat the real issues that underlie the criminal behavior. Some people see it as being soft on crime, but it’s really being smart on the issues that underlie crime.”

Many people convicted of drug-related crimes in Kentucky are not candidates for drug courts, and must serve time. Several prisons around the state are adopting innovative, comprehensive programs for drug offenders that shift the criminal justice goalposts toward proactive treatment in order to reduce recidivism. The Kenton County Detention Center is one such facility.

“Incarceration for way too long has just been ‘Let’s incarcerate the person and hope that something happens while they are in there, that they have a change of character that happens in some way because of their consequence,’” said Kenton County Detention Center clinical navigator Michael Greenwell. “Unfortunately, that hasn’t been a successful footprint. The Jail Substance Abuse Program is really a new footprint for the Kenton County area. Its primary goal is to help the addict recover from his addiction.”

The program at the Kenton County Detention Center includes GED classes, counseling based on the 12-step method, and an innovative re-entry program that offers participants who go through detox a shot of Vivitrol, a medication that blocks the recipient’s ability to get high from opioids for 30 days. This is given as the inmates are released, to assist them as they acclimate back into society.

“In a place that is seemingly hopeless and a lot of people would say, ‘I’m at the end of my rope,’ it’s a blessing to be able to offer treatment, valuable quality treatment to putting a stop to that revolving door we all hear about,” said Jason Merrick, director of inmate addiction services at Kenton County Detention Center. “You know bringing hope into a facility that is steel and concrete and letting these men and women know that they are worth it. They deserve help, they deserve treatment and care.”

Across Kentucky, persons committed to fighting the opioid epidemic have created support groups for those seeking recovery that offer a wide scope of services. They come from all walks of life. Some are families, such as the Elswicks in Lexington, who started Voices of Hope with their son Alex, who fought his addiction to opioids and is now a licensed therapist.

In Eastern Kentucky, Camp UNITE arose from the Operation UNITE anti-drug initiative and enlists counselors like Carl Varney to offer emotional support and motivation to the large number of at-risk children in the region who have relatives struggling with opioid use disorder.

Tara Mosely has been in recovery for almost six years. A student at the University of Louisville, she is also director of the Kentucky chapter of Young People in Recovery. This organization assists persons in recovery with a variety of tasks, ranging from applying to colleges to finding housing and helping getting criminal records expunged.

“We don’t see stories of people celebrating nine years of recovery,” Mosely said. “Or people that for the first time are going to college…or they are buying their first home, or they are getting married, or getting ready to start a family. I mean, those are success stories.”

“There is no one road to recovery,” said Van Ingram, executive director of Kentucky’s Office of Drug Control Policy. “We need all the tools at our disposal that we can have. And we need to tailor people’s treatment to the individual, what is most likely to work for them. And if that doesn’t work, we try another modality and see if that works. I think that is our only hope – to have everything we think of available to us, and to use all of it.”

Journey to Recovery is accompanied by a February 2017 town hall hosted by KET’s Renee Shaw, the Inside Opioid Addiction Forum. The forum brought together government agency directors, legislators, health care officials, treatment service administrators, and advocates for recovery to discuss the opioid epidemic in Kentucky and arrive at solutions.