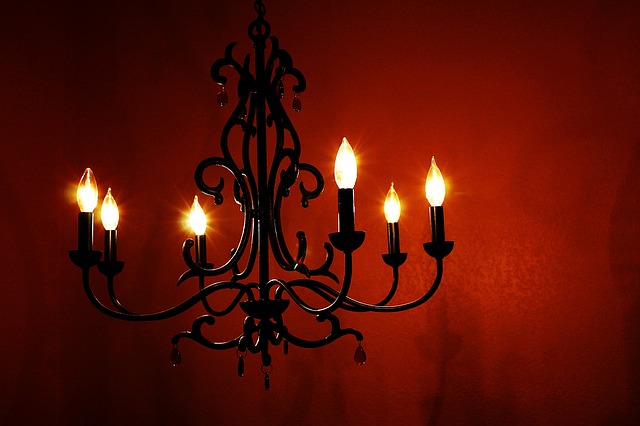 CENTRAL CITY, Ky. – At the edge of downtown Central City, sits a 100 year old two story building, the old Wheeldon Manor, address is 102 Center Street. According to local historian Bill Hicks, this large, block-long two-story brick building was long ago home to two newspapers until 1951, and also served as a Chevrolet car dealership.

It served as a boarding house for miners and train workers in the early 1900s when Central City had a bustling multi-track train station, with sparkling new steam engines flying through town loaded with coal, passengers, and you name it. Down this historic street sat the enormous Lu-ray Hotel, which has now been leveled. One store is still located on the ground floor of the Center Street building.

Through the years there have been sporadic stories, tales and rumors of strange sightings, of a young girl running and laughing down hallways, the screeching sound of train brakes and shaking floors, when no trains were anywhere near, dark hallways where people would somehow lose their balance, and develop cramps for no obvious reason. The 2nd floor still sits at eye level to the remaining train tracks outside its windows.

The building's present owner, Jason Dillihay, who now lives in Russellville, says he was a skeptic when he first heard stories of strange happenings at 102 Center Street. Now he says he has changed his mind, and really does believe many of these tales. He, his wife, and some of the last tenants to exit the building seem convinced that the empty apartments are home to some otherworldly phenomenon. In fact, as we'll soon explain, after living in one apartment, the two finally packed their bags and left for good.

Dillihay says he has had numerous paranormal investigators to attempt to find the reasons for the unexplained and eerie happenings.

Recently, the Western Ky. Paranormal Investigators led by co-founder Cameron Hesson, set up their wide array of equipment, designed to detect high frequency sounds, surges in electromagnetic radiation, and other devices, to try to get to the bottom of the strange occurrences reported by some who have lived in the building.

"We go around the state, and also to Tennessee, and perform a thorough scientific investigation,” said Hesson. “We focus, not so much on the 'experience' side. We mainly do residential investigations, helping families struggling with activity in their homes. Hollywood has been corrupting the paranormal field for years. They have played the 'fear' card with the public. We just want to provide comfort, letting people know they can co-exist. Normally, the activity is just someone that has a connection to the area, for whatever reason."

Hesson noted his group of Ghostbusters have done extensive studies at various historic paranormal 'hot spots', including one factory in Logan County, where he says they documented a huge amount of paranormal activity. He said he thinks it was largely related to abused slave laborers used there prior to the Civil War.

One of the ways Hesson hoped to detect activity at the apartment building was through what is known as EVP, Electronic Voice Phenomena.

"EVP records frequencies that you can only capture on a digital recorder. The frequency will pick up sounds that are hard for humans to pick up. However, we have picked up sounds much like footsteps on a regular recorder. It may have been just the floor creaking, but I'm convinced, just from the cadence, that these were footsteps." Hessen said. "As far as the paranormal history of this building, it's been mostly hearsay. The city confirmed to us that there have been nineteen confirmed deaths here, but would not give us names."

"We have captured some pretty good evidence from this building. We're not a huge fan of 'orbs', aka paranormal balls of lights floating in midair, but we have captured some video evidence here in the back hallway. The camera was facing down the hall. We heard a loud noise and asked, 'Is anyone down here?' About that time there was another loud knock and a brief flash of light, like someone turning a flashlight on and off quickly. We stopped the video, and analyzed it frame by frame. It does have the characteristics of an orb. But this is where we have to be really picky as far as considering this reliable evidence as far as those skeptical of the paranormal," Hessen observed.

Hessen's group is now beginning work on a documentary, focusing on "some of the lesser known haunts of Kentucky". Filming is set to begin in November.

Dillihay purchased the building in 2003. Since then, it was used as an apartment house. However Dillihay says, as far as complaints to the landlord regarding otherworldly disturbances, there have been quite a few over the past ten years.

"Oh yeah. I had numerous complaints, but I just always brushed them off. I just really didn't believe it until I lived here myself. My wife, Emily, first noticed smells, movements and other occurrences. Of course it was always when I was not home. She saw her purse straps move one day. Then the curtains, which were closed, opened wide by them self. She would see shadows and feel someone was standing right behind her. I would come in from work and she would tell me about it. But I was always, well, skeptical. It took a while, and it started ramping up. When I started believing was, one night while she was doing dishes. I went down to get something out of the car. I came back in, and she was calling 911. She said, "I was doing dishes and I could see someone behind me."

Dillihay says he told his wife, "I don't understand why it only messes with you when I'm not here. When I said that, it was like a train locked up its brakes on the tracks. There was screeching, grinding, metallic sounds. It kept getting louder and louder, circling the whole apartment. Then it was like the sound of someone running as hard as they could, into the closed door of our apartment. When that happened, the sound stopped cold. Nobody else in the apartments heard it. Nothing was there. My wife said, 'I told you so'... and I didn't argue. That's when we moved out."

But did anyone else in the apartments see or hear any of this 'activity'?

"Oh yes," says Dillihay. "One of the last people to move out said they say a little girl running down the hall. One family that had a little boy with toys scattered all over the floor, and when he was not home, they could see and hear a small child sometimes sitting, playing with his toys."

Others have reported seeing and feeling the presence of an elderly man in one room, and an older female as well.

So, after more than 60 different investigations, by mediums, novices and paranormal experts, using every type of equipment imaginable, is there an answer to the question, "Is 102 Center Street still home to 'occupants' even though the second floor is now empty?"

That question is still, well, up to whom you ask, and what you believe when it comes to the paranormal.

That said, if you're curious and brave enough to enter, The Haunted Manor is now open to the public through Halloween weekend, from 7 p.m. to Midnight. Admission is $10 per person.