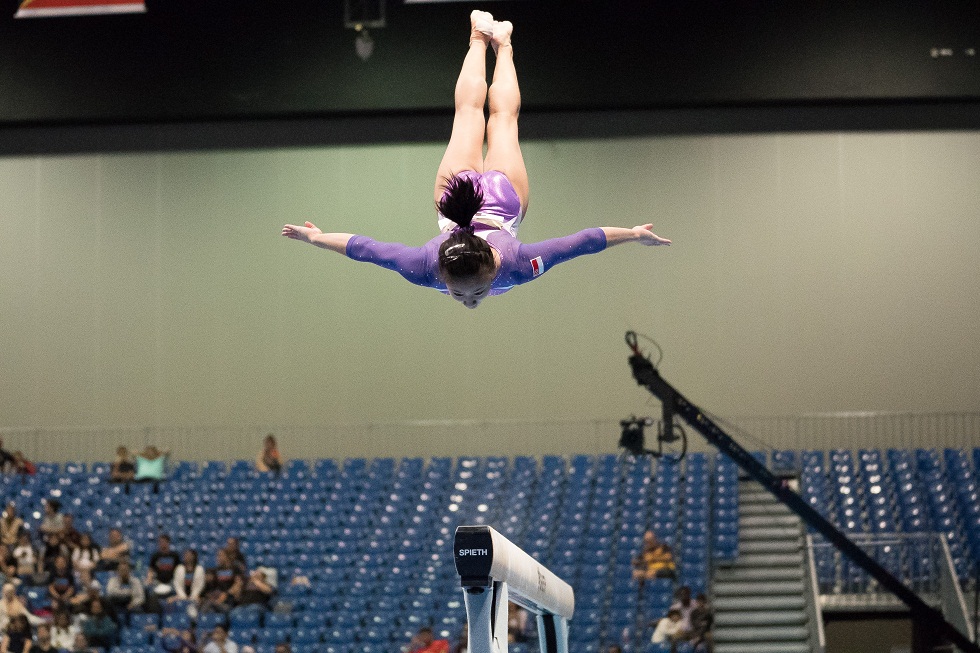 No. 19 Kentucky has been assaulting the school record books in recent weeks as UK totaled a then school-record 196.5 on March 3 at Ball State, but that was just a primer for the Wildcats’ performance on Saturday.

Alexis Gross enjoyed arguably the best meet of her career as she claimed event honors with collegiate-high scores on both vault and balance beam. Gross notched a 9.9 on bars, and received a 9.95 on balance beam.

Gross’ unprecedented beam score came in the clutch as she was the penultimate competitor of the night. Her 9.95 was third-highest on the event in school history. She tied PSU’s Sharaya Musser for the event crown as both received a 9.9 from judge one and a 10.0 from judge two as both averaged a 9.95

“Another great team performance tonight,“ head coach Tim Garrison said. “We did well on every event, but the highlight of the meet was beam hitting six-for-six and breaking the school record in the last event of the night. This team is learning how to finish meets. We are very close to where we need to be heading into our conference meet and the post-season.

Holly Cunningham followed Gross’s tremendous beam performance with a superlative routine of her own. The Colorado Springs, Colo., native stuck her landing for a career-high 9.9 to solidify the unprecedented team score.

Neither Gross nor Cunningham had earned a 9.9 or higher on beam in their respective careers, and Gross had never notched such a score in any event before Saturday.

Shannon Mitchell also earned her first career 9.9 on beam. Kayla Sienkowski led the event off with a career-high 9.875, while the always-dependable Audrey Harrison claimed a career-best tying 9.85.

Kentucky began the meet with a 49.1 on uneven bars. Shelby Hilton tied her top collegiate mark with a 9.825 before Kayla Hartley and Harrison claimed 9.8s. Gross then began her record-setting evening as UK trailed 49.475-49.1 after the first rotation.

With the high scores flowing throughout Rec Hall at the double dual – PSU and Michigan’s men’s teams were facing off in a top-two dual meet as well – the meet had the feel of one with the potential to be historic.

Kentucky's uneven bars score tied for eighth-best in school history, and was second-highest this season.

The Wildcats kept the momentum going on vault and floor exercise despite some debatable scoring decisions through the first three rotations.

All of Kentucky’s last five vault competitor notched 9.8 or higher as Jill Chappel scored a 9.8, while Harrison, Kenzie Hedges and Cunningham each put up 9.85s. Shelby Hilton anchored with a 9.825 to book UK’s 49.1 on vault.

Kentucky stayed in position to attack the school records when the action shifted to floor. Mitchell tallied a 9.825, Harrison went 9.85 and Kayla Hartley scored 9.8 in the anchor position. Kentucky scored a 49.025 on floor as PSU took a 148.025-147.3 into the final stanza.

The Wildcats entered beam knowing they would need a herculean effort as the team’s previous season-high in the event was 49.15. Kentucky bettered that total by .325.

Kentucky travels to the SEC Championships in Little Rock, Ark. next Saturday in the final meet before NCAA Regionals.