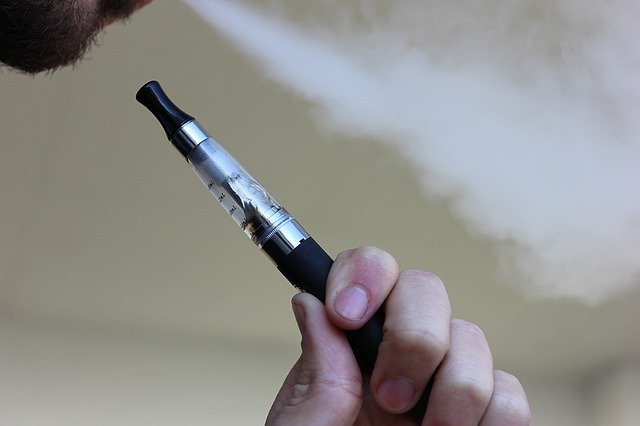 HOPKINS COUNTY, KY —You’ve tried putting them down cold turkey; you’ve tried the less-than-tasty gums; you’ve made quitting your New Year’s resolution for the last ten years running; heck, you’ve even attended support groups. Yet, for all the help these methods can offer, many people still find themselves wanting a cigarette. Sound familiar? If so, don’t feel ashamed; quitting smoking is perhaps one of the hardest goals a person can set for themselves, especially if they’ve been smoking for an extended period of time.

Thankfully, there’s an electronic cigarette/nicotine substitute known on the street as an “E-Cig” or an “E-Nic” that’s helping hundreds of thousands of smokers to reduce their health and safety risks, while also allowing them to step down from smoking real cigarettes if they choose. In fact, you can customize just about every part of an E-Cig, including how much nicotine you get, what flavor you taste when inhaling, what your device looks like, and even the lanyard that holds the apparatus.

However, with a slew of seemingly odd jargon related to the growing industry, including terms like “atomizer,” “smoke juice,” and “propylene glycol,” the world of modern electronic cigarettes can seem alien to the bystander.

So, in order to gain an insider’s perspective on the subject, SurfKY News spoke with a local married couple, John and Melissa Bond, who own and operate a wholesale E-Cig business, Smokin’ Joe, and found out how the device works, the potential benefits, and much more.

John Bond, a former smoker of 25 years, explains that he was previously consuming between one and two packs of cigarettes each day. As a result, Bond says that he was coughing up large amounts of phlegm nearly every morning—a habit that was quickly becoming an annoyance. While he was well aware of the many health and safety risks associated with smoking, as nearly all smokers are, Melissa notes that a commercial about the effects of secondhand cigarette smoke on children finally broke the camel’s proverbial back.

“I always told him that he needed to stop, but it was a TV commercial that prompted him to finally call it quits,” says Melissa. “It shows a mother putting a child in a car seat, making sure all the safety straps are locked down. Then she gets in, rolls up all the windows, and lights a cigarette.”

As John and Melissa are the parents of two children, Krysten, 20, and Robert, 14, the insightful advertisement simply fueled a desire and goal of quitting that was already in the back of John’s mind.

Though John initially tried “generic electronic cigarettes” from local convenience stores to stop smoking, he says he was unsatisfied with the results.

“It tasted bad and the battery life was terrible. I didn’t like it at all, but I knew I wanted to go to something else other than cigarettes,” says John. “I tried a few different things, but they just didn’t work. Then, after I tried one of my friend’s E-Cigs for about a week, I went online and ordered one like we sell today. I’ve been cigarette-free since October, 2011.”

Along with a complete lack of cravings, John notes that the E-Cig allowed him to avoid the intense phases of irritability associated with quitting cigarettes cold turkey. His decision to quit even made it possible for him to run an entire 5K race earlier this year without any problems whatsoever—a feat he says would have been next to impossible when he was still smoking 20-40 cigarettes every day.

But how does an E-Cig or E-Nic work and how can it help a person to quit? And is it safe?

As John explains, the E-Cig is based around the inhalation of a substance that has come to be known as “smoke juice.” Composed of propylene glycol (a common food additive and a compound found in some asthma inhalers), vegetable glycerin (a form of vegetable oil), varying amounts of nicotine (or the lack thereof), and custom flavorings, the so-called “smoke juice” is free of the over 400 chemicals commonly associated with mass produced tobacco cigarettes. More importantly, the American-made smoking liquid John sells is free of carcinogens—the chemical agents in cigarettes that researchers say cause a variety of cancers and tar build up in the lungs. While John noted that those who choose to use nicotine in their mixtures will, of course, remain addicted to the substance, he said that there has been no direct evidence linking the use of nicotine to the development of cancer or any other similar diseases.

Making the matter of using a healthier alternative to cigarettes even more prominent to our specific area and region is the fact that Kentucky is among the highest cigarette-consuming states in America. As a result, cigarettes are the second-highest cause of preventable death for Kentuckians following obesity. When looking locally, a statewide study conducted by the Robert Wood Johnson Foundation called the “Healthy Community Rankings” placed Hopkins County at 71 out of 121 KY counties in terms of “overall health outcomes.” According to the survey, the reason for the relatively poor ranking stems from factors like smoking, high rates of circulatory diseases, lack of exercise, and morbidity. In looking at specific numbers compiled by the American Cancer Society, there were approximately 1,300 cases of cancer of which 469 people died in Hopkins County between 2005 and 2008—and this number doesn’t even touch on other smoking-related diseases and illnesses such as emphysema and circulatory issues. Though some stats show a decline in tobacco usage, it’s no secret that cigarettes still pose a threat to our state and citizens’ livelihood.

Then you can look at smoking on an international scale as well. Here, you can see an even more alarming statistic: there are approximately 5.4 million deaths every year caused by tobacco usage. Over 443,000 of these annual deaths are Americans. What’s more, the World Health Organization states that a current or former smoker dies every 6.5 seconds. Long term projections estimate that a total of 1 billion people will die due to tobacco usage in the 21st Century if current trends continue.

However, to fully understand how the device and smoke juice works together to create a safe alternative, you have to understand what the E-Cig actually looks like and what its components are. In nearly all examples, there are three main parts: the smoking tip, the atomizer, and the battery compartment. Though there are many designs a customer can choose from, most of which resemble a real cigarette or cigar in both shape and size, all of John’s E-Cig products operate in the same basic manner.

The atomizer contains a reservoir that holds the smoking liquid. The liquid is injected into the reservoir by way of a small liquid bottle with a syringe-style tip. Some atomizers, like the one seen in the main photo and to the left, are clear so that the liquid is always visible; others are smaller and colored. In either case, the inner core of the atomizer, which is hidden from sight, is wrapped with metal coils. Each of these coils, all of which are connected to the battery, becomes extremely hot when the user inhales or takes a draw from the tip. As the coils heat up, the liquid turns into a gas similar to water vapor. The vapor is then breathed in by the user and exhaled exactly like the smoke from a real cigarette. In some versions, the tip even lights up like the "cherry" on a real cigarette when the user takes a puff.

In addition to the immense health benefits, John says E-Cigs hold many other paybacks as well. As he explained and actually showed SurfKY News during the interview, the vapor or smoke from an E-Cig has no smell and contains none of the harmful chemicals found in secondhand smoke. Furthermore, an electronic cigarette cannot burn you and cannot stain your clothes or teeth. For the most part, electronic cigarettes can be used within many public establishments and public places without any problems, often allowing an E-Cig user to take a draw at the table right after eating a meal. They are also more environmentally friendly than tobacco cigarettes as they are reusable and rechargeable.

Perhaps the second biggest profit one can expect from using E-Cigs—second only other than the variety of health and safety benefits—is the amount of money one can save.

Though the initial cost to purchase an E-Cig can run all the way up to $75 depending on the quality of the model you purchase, John explains that a $5.00 bottle of smoking liquid can last the average E-Cig user about 5 days. On the flipside, a smoker pays about $5.00 for a single pack of cigarettes that lasts an average of 24 hours. If we plug these numbers into a year-long budget, a single smoker pays out nearly $2,000 to purchase a single pack a day ($1,825), whereas the E-Cig user will pay just at $365 (plus the initial device cost).

In looking at specific cases where people have been helped by E-Cigs, John and Melissa mentioned two friends who had just purchased a home together and wanted to stop smoking.

“Our friends told us that since they had stopped smoking regular cigarettes, they’ve saved almost $1,200 already,” says Melissa, “and that was just since December.”

“We gave them E-Cigs for Christmas,” adds John. “We got them as presents because we knew our friends were having their home rebuilt and wanted to keep their home smelling nice. They were going outside to smoke, but it was starting to get cold out. After we gave them the E-Cigs, they were able to quit smoking within no more than three weeks.”

A Muhlenberg County resident and author, Jesse Graham, tells SurfKY News that he purchased an e-cigarette from Smokin’ Joe around 3 weeks ago and was able to quit smoking in a mere matter of days.

“E-cigarettes helped me quit smoking in five days after smoking for thirty years. Plus, the cost of smoking e-cigarettes is about one-fifth of what I was paying for tobacco cigarettes,” says Graham, holding the E-Cig hanging from his neck-bound lanyard. “I feel a lot better, my taste buds are coming back to life, and people have told me that they can tell I quit just from looking at me.”

Of course, E-Cigs aren’t a “cure all” to the woes of a smoker. However, it’s evident that they are not only healthier and less hazardous to others than tobacco cigarettes, but they can save users thousands of dollars every year. What’s more, they can help someone to stop smoking all together.

So, you have to ask yourself, are you really ready to try and quit? Or are you just blowing smoke?