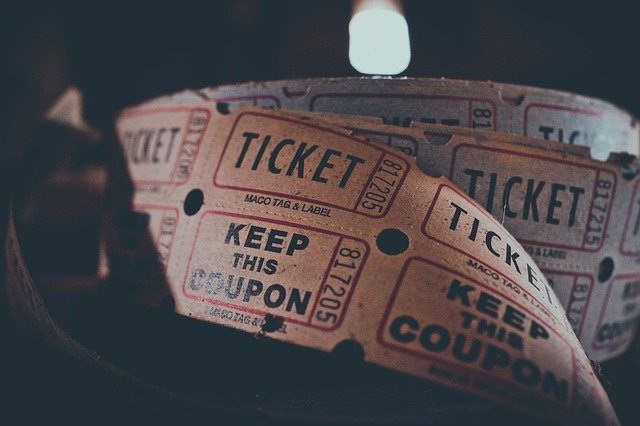 HOPKINS COUNTY, KY – The MayDay Film Festival celebrated its fourth year running this past Saturday, May 5th at the University of Southern Indiana.

The festival more than doubled its attendance from last year. Festival organizers agreed, that this year’s festival was a huge success.

There were two theatres that featured the 21 entries at this year’s festival. Out of the 21 official selections, there were three feature length films, three music videos, three series and seventeen short films. The day’s events ran from 10 am until 10 pm. Films were shown in three separate blocks and a screenwriting workshop, led by Emmy Award winning writer Victor Miller, was offered twice during the day.

Kristine Renee Farley, co-coordinator of the festival, spoke to SurfKY News about her involvement.

“This is my second year helping coordinate it,” said Farley. “Three years ago, I was actually in one of the films that was submitted. I came to the festival and met everybody that was involved.”

The following year, while organizing the festival, Dan Hiatt approached Farley to help expand the festival because he wanted to bring in more outside submissions. Hiatt wanted the students at USI to actually see what they could do on a more professional level.

“It’s made a difference,” said Farley. “The students’ submissions this year are worlds better than what they were last year. We’ve reached that particular goal. The students here have really upped their game.”

SurfKY News got a chance to sit down with Victor Miller, best known for writing the original script for the first Friday the 13th film, of which spawned a long series of sequels. Miller usually attends three or four film festivals each year.

“Mostly, they just invite me to sit at a table and sign autographs,” Miller explained. ”I would much rather teach workshops, like the ones I am offering today. I really enjoy it. I’ve got something to say and hopefully it will help.”

When asked about current projects, Miller shared information with SurfKY News about two finished screenplays he’s been shopping around. The first is a terror inducing screenplay called ‘Eden Falls’ that Miller wrote with Michael Coulombe and Martin Rogers. In this script a “Freestyle Skiing Star corkscrew 720’s into a nightmare paranoid landscape to save the only woman he’ll ever love."

Miller’s other newly completed screenplay came into existence within the time frame of an upstairs climb.

“I had this incredible moment walking up stairs,” shared Miller. “I’ve never had this happen before. I had the entire spine of a film. It started when I started going up the stairs and it was finished by the time I got to the top.”

Miller completed writing the screenplay, “A Good Thing”, with his oldest son, Ian. "Filming his dying father's long-forgotten screenplay gives PJ's dad a reason to live, but could get them all killed."

“Coming here is great fun because I think I’ve got a lot of information that can save people a lot of time,” explained Miller. “It’s plain ole fun to do and I love seeing other peoples work.”

A complete list of winners at this year’s festival is as follows:

Steve Hudgins and PJ Woodside were both excited to take home an award for all the hard work that they put into The Creepy Doll.

“Winning an award for Best Film by Viewers Selection is particularly nice,” said Hudgins. “The people who came to the festival enjoyed it and that's really what it's all about.”

“It was great to be part of the MayDay Film Festival, and the fact that The Creepy Doll won Viewers Selection is such an honor -- it's why we make our movies,” explained Woodside. “It's always great to mingle with other writers and filmmakers, and meeting Victor Miller was a terrific pleasure. He's been a very enthusiastic reviewer for our last two movies, and I'm just so glad I got to meet him in person.”

Hudgins and Woodside are currently at the very end of post-production on their next movie Spirit Stalkers, which is premiering in Madisonville, KY on June 16th at the Byrnes Auditorium.

Aaron Frasier, co-producer for the web series Mental Space, spoke with SurfKY News about their win for Best Series.

“We are honored to have won the award for best series,” said Frasier. “It is pretty cool now, being able to call oneself an award winning filmmaker.”

Frasier was also proud to be a part of the cast for The Lynneville Incident, which took home an award for Best USI Student Film.

“I am glad the film did so well,” Frasier said. “It is the first film I have done to release. Really though, I must commend David Russell for his excellent performance in the film. Ryan McCurdy, the creator, is good at what he does. He has expressed interest in helping us with crew on Mental Space. I hope to work on future projects with him.”

“It's great to have your film win because you know you did something right,” said Ryan McCurdy, creator of The Lynneville Incident. “It is my first ‘real’ short film and I put a lot of effort into it. Even if not everyone liked it, I can at least say I know what I can improve in the future.”

“I think this has been the best festival we've had yet,” McCurdy said. “I got to see a lot of great films from local filmmakers that I have heard about, but hadn't yet seen. I really enjoyed having Victor Miller there and learning from someone whose films and TV shows have been seen by billions of people.”