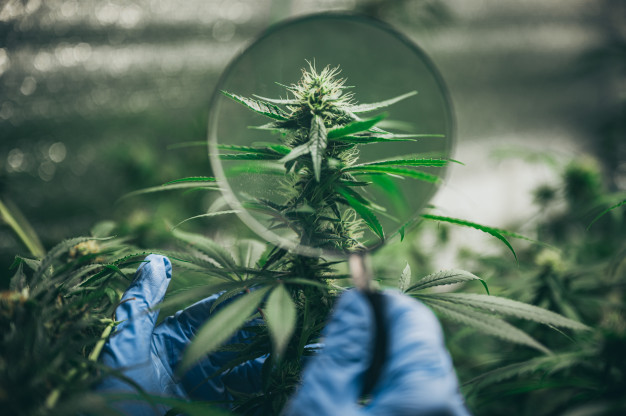 Republican Majority Leader Damon Thayer made the motion for passage as U.S. Sen. Rand Paul, U.S. Reps. John Yarmuth and Thomas Massie and Kentucky Agriculture Commissioner James Comer testified together in support of the bill. In a showing of bipartisanship, the motion was seconded by Democrat Sen. Robin Webb.

“This is by far the most impressive panel to testify on a bill in my 13 years in Frankfort,” Commissioner Comer said. “We’re honored that Senate Bill 50 passed by a unanimous vote.”

“I see no reason why we wouldn’t want to be a leader in this,” Sen. Paul said. “Why not legalize something that could produce jobs and probably will?”

Democrat U.S. Rep. John Yarmuth vowed to work with Sen. Paul toward a federal waiver that would allow Kentucky to be a pilot state for hemp production.

“All of us here are strongly committed to making sure Kentucky is not left behind in any area,” Rep. Yarmuth said. “This is an area I am convinced will happen. Industrial hemp will become a major crop and a major source of a variety of products throughout this country. We need to be positioned to take advantage of that.”

Republican U.S. Rep. Thomas Massie is a primary sponsor of legislation in the U.S. House of Representatives to legalize industrial hemp.  Massie, a farmer in northeastern Kentucky, said he and other farmers in his area are looking for an alternative to tobacco since much burley production in the area has disappeared.

“It’s the dream of my wife and me to pass our family farm on to our children and for them not to have to subdivide it or cut all the timber,” Rep. Massie said. “But for them to do that there has to be a viable economic alternative.”

James Woolsey, Director of Central Intelligence during the Clinton administration, debunked several myths about industrial hemp. A producer would grow hemp and marijuana side by side “only if he knows nothing about botany,” Woolsey said.

“There are 35 industrial western countries that permit the growing of hemp,” said Woolsey, a member of the North American Industrial Hemp Council. “We cannot find one that has had a problem in distinguishing industrial hemp from marijuana.”

The federal delegation praised the leadership of Commissioner Comer, who has championed this cause from the beginning of his administration.

“Frankfort insiders said it couldn’t be done,” Comer stated. “But we never gave up, and we are now one step closer to putting Kentucky in the lead for jobs.”

Sen. Hornback has vowed to push for quick passage of SB 50 on the Senate Floor.