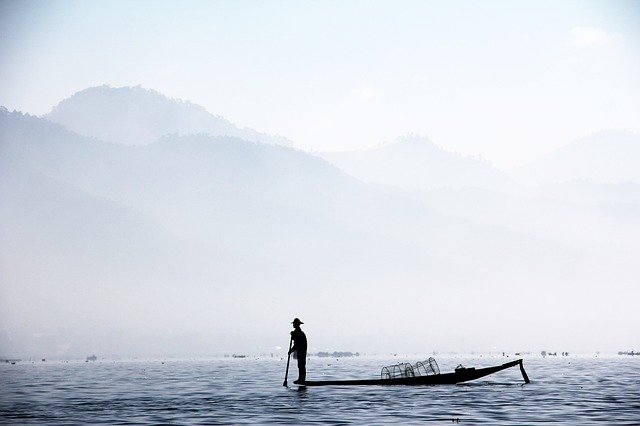 KENTUCKY – In 1780, several pioneers from Bryan Station camped on a gravel bar in a double bend in the Kentucky River, about a mile upstream from where a large buffalo trail crossed the river at Leestown. The pioneers were bound for Mann's Lick in Jefferson County to make salt.

Their camping spot was a ford for crossing the river just upstream of the mouth of Benson Creek at Devil's Hollow in what is now Franklin County. A marauding band of Native Americans ambushed the campers, killing pioneer Stephen Frank. This shallow bar proved a popular crossing spot on the Kentucky River for travelers coming from Lexington bound for Louisville.

The infamy of Frank's murder resonated with the early settlers and they began to call this crossing "Frank's Ford." The name stuck and the city that grew up around Frank's Ford is now the capital of Kentucky.

Those who want to see the capital city from a unique perspective and enjoy the sights of the Kentucky River should plan to float Pool 4. This section of the river attracted some of the earliest settlers in Kentucky and holds the last of the soaring Kentucky River Palisades.

Pool 4 also offers some of the more overlooked and productive fishing in central Kentucky for black bass, crappie, bluegill, catfish, white and hybrid striped bass and even huge muskellunge.

Pool 4 offers two floats: the first is a 10.5 mile day-long float, while the second is a relaxing 4 mile paddle through the heart of Frankfort. The put-in for the first float is at Clifton Marina and Boat Ramp in Woodford County. From Versailles, take Clifton Road (KY 1964) to a left on Buck Run Road. The boat ramp lies before the marina.

Paddle upstream (left from the ramp) to reach the tailwaters of Lock and Dam 5. This adds about 2 miles to the float, but the fishing is worth it. The rocky banks and bars below Lock and Dam 5 hold surprisingly large smallmouth bass. A black or pumpkinseed 3/16-ounce skirted grub worked along the rocky banks with current draws strikes from smallmouth. Some large hybrid-striped bass also live here. A 5-inch white curly-tailed grub rigged on a ¼-ounce leadhead worked in the foamy water draws strikes. A chicken liver suspended under a bobber and drifted in the current also works well for hybrids.

Just downstream of the ramp after the river turns left, a rocky outcrop at the mouth of Ross Run protrudes from the north bank on the right. A medium-running crawfish crankbait worked on this bar draws strikes from largemouth, spotted and occasionally smallmouth bass.

As you float downstream, the river takes a hard left into Reindeer Lodge Bend. Soon, the rocky outcrop known as Lover's Leap comes into view on the left, towering above the mouth of Turkey Run.

A little over a mile later, Little Benson Creek joins the Kentucky River on the left. The lower section of this creek makes a productive spot to throw a weightless white soft plastic jerkbait, rigged weedless on a wide gap worm hook. This lure is an excellent summer largemouth bass lure. Cast this presentation into fallen tree limbs and shoreline brush, then let it slowly flutter down into the cover. A slight jerk of the rod tip brings this lure back near surface to slowly fall again, driving any largemouth bass nearby to crush it.

The mouth of Little Benson Creek holds crappie in spring as do the other smaller tributaries in Pool 4. These creek mouths also an occasional muskellunge. They also make good places to drift dead minnows or nightcrawlers for catfish.

Just downstream of Little Benson Creek past the wiggle in the river known as Mulholland Bend are two rocky outcrops. One is on the right at the mouth of Bear Branch, while the other is just downstream on the left. Both of these would be good places to work the medium-running crankbait for bass.

Glenn's Creek joins the Kentucky River on the right about two miles downstream of Mulholland Bend. Glenn's Creek is another great spot to work the soft-plastic jerkbait. Anglers may encounter smallmouth bass if they fish upstream of the slack water.

The noise from the I-64 Bridge greets the ears of boaters by the time they reach Glenn's Creek, resonating in the deep gorge carved by the river in this area. The bridge lies just downstream of a left-hand bend.

Just after the bridge, the Kentucky River makes a hard "S" shaped curve, beginning with a sharp bend to the left known as Big Eddy Bend. Big Eddy Bend created problems for loggers riding flatboats made of timber cut from the headwaters of the river. The nose of land jutting out into the river from the south bank created what loggers called a "whirl" and required skill to negotiate.

The river turns gently to the right and the sound of traffic emanates from the KY 676 (East/West Connector) Bridge. The take-out is at Lee's Ramp on the left just downstream of the bridge. The south bank in the bend before the bridge has numerous rock slides that hold bass in summer.

The put-in for the second 4-mile half-day float begins at Lee's Ramp and concludes at the Benson Creek Boat Ramp, taking the paddler through the heart of the state capital. The Kentucky State Capitol Building lies on the left early in this float. The Frankfort Cemetery sits atop the tall hill on the right, holding the bones of Daniel Boone. The houses of the South Frankfort neighborhood come into view as the river makes the sharp turn to the left, as well as the medieval castle architecture of the Kentucky Military History Museum. The U.S. 60 Bridge in downtown Frankfort meets the paddler, quickly followed by the St. Clair Street Bridge, known to locals as the "Singing Bridge."

A large rocky bluff comes into view on the left with an outcrop that Frankfort residents called the Devil's Umbrella a century ago. The old stage coach road to Shelbyville and Louisville passed under this bluff. This is the general area of the old Frank's Ford at the mouth of Devil's Hollow.

Benson Creek lies on the left at the railroad bridge over the river. The State Office Tower comes into view on the right. Benson Creek Boat Ramp lies just upstream on the left with a mild carry and ample parking, making for a great take-out spot. If you float under the twin bridges for U.S. 127, you've floated too far. The extremely dangerous low-head dam for Lock and Dam 4 lies just downstream.

The right bank of the river was the end of a long arduous journey for the loggers who floated logs from the headwaters of the Kentucky River in east Kentucky to sawmills in Frankfort. The State Office Tower and Capital Plaza Hotel lie in what was once known as Crawfish Bottom, or simply the Craw to Frankfort residents. The loggers would blow off steam in bars in the Craw for a few days of revelry and then walk back home.

Benson Creek is a productive fishing creek for largemouth and spotted bass. The soft-plastic jerkbait produces bass if worked in shoreline root wads. The bridge abutments for the railroad bridge hold spotted and largemouth bass in summer.

Enjoy a day of history, scenery and paddling through the heart of Kentucky's capital city. Frankfort offers ample accommodations for paddlers. The city offers interesting side trips including the Salato Wildlife Education Center at the Kentucky Fish and Wildlife Headquarters off U.S. 60 west, the Kentucky History Center in downtown Frankfort as well as the Old State Capitol building a few blocks away. Downtown Frankfort offers excellent restaurants and shops within easy walking distance.

Author Lee McClellan is an award-winning associate editor for Kentucky Afield magazine, the official publication of the Kentucky Department of Fish and Wildlife Resources. He is a life-long hunter and angler, with a passion for smallmouth bass fishing.