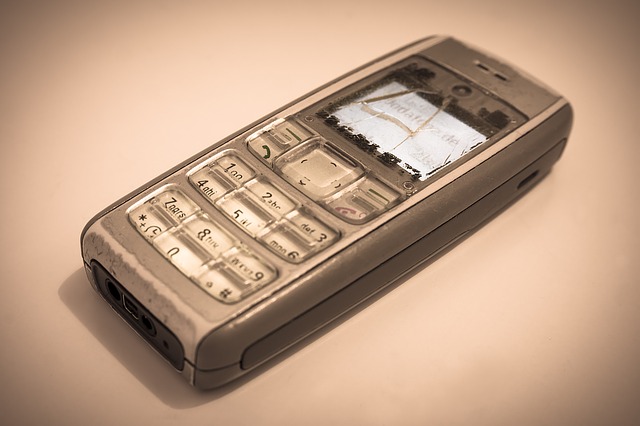 FRANKFORT, Ky. — Gov. Steve Beshear and First Lady Jane Beshear joined Lt. Gov. Jerry Abramson and Madeline Abramson, chair of the Kentucky Commission on Women, as well as more than a dozen state and local officials, in donating dozens of smartphones, cases and chargers they were no longer using to officially kick off a month-long statewide drive to collect old phones and accessories.

Verizon Wireless will turn the devices into a cash grant for WorkSafe, which provides domestic violence prevention training for Kentucky businesses.

The KCW Statewide HopeLine Drive will run Oct. 1-31, which is Domestic Violence Awareness Month. Participants include the offices of the Governor and Lt. Governor, all 24 KCW Commissioners, as well 18 state agencies (see list below), 13 University of Kentucky sororities, and The Mary Byron Project, a partner in the WorkSafe program. Verizon Wireless is providing Hopeline from Verizon collection boxes and posters, along with free shipping for collected devices. Participants in the Drive will place the HopeLine collection boxes in their office locations and bring them to public events throughout the state during October.

"Homicide is the second leading cause of death for women at work, and more than one in five full-time employed adults are victims of domestic violence," said Gov. Beshear, citing statistics from the Corporate Alliance to End Partner Violence. "Every Kentuckian with a cell phone or accessory sitting in a drawer can join Jane and me by dropping these devices into a KCW Statewide HopeLine Drive collection box. The donated devices will be refurbished and resold, and the funds used for WorkSafe training to help businesses across the Commonwealth prevent and respond to intimate partner violence that spills over into the workplace."

"Our goal is to collect 3,500 used cell phones and accessories, one for each night that an adult or child spent in a domestic violence shelter in Kentucky last year," said KCW Chair Madeline Abramson. "That's a goal we're certain we can meet given the tremendous response to our invitation to state agencies to join us in this drive to reduce workplace violence numbers in Kentucky."

"Verizon is committed to helping the nearly one in four women, one in seven men and more than 3 million children in the United States who are abused by their partners," said Lauren Love-Wright, president of Verizon Wireless for Kentucky, Indiana and Michigan. "HopeLine from Verizon is one way virtually everyone can help reduce these numbers. In addition to turning these donated phones and accessories into cash grants for domestic violence agencies, Verizon donates phones to shelters for survivors to use. The phones help survivors feel safer and less isolated, and give them a way to call emergency or support services, employers, family and friends. And the best part is that devices donated locally benefit survivors within the same geographic area."

Mary Byron Project President Emeritus Pat Byron, whose daughter, Mary, was murdered by a former boyfriend in 1993 as she was leaving work, joined officials at kick-off events in Lexington, Frankfort and Louisville. Her daughter's murder thrust Byron into advocacy work for domestic violence survivors, and spurred the creation of Victim Information and Notification Everyday, which enables domestic abuse survivors to sign up to be notified if their abusers are freed from jail.

Pat Byron said, "A decade ago, my daughter's death led to the awareness that we had a huge gap in our criminal justice system. VINE was invented to close that gap. Today, we realize that although we have better understanding and enhanced protections for domestic violence victims in many ways and in many arenas, we need to move on to the private sector, to corporations and businesses to make them aware and enlist them in the fight to end domestic violence."

WorkSafe is a collaborative program of KCW, Kentucky State Police and The Mary Byron Project. The program provides businesses with training curricula outlining suggested policies, referrals and interventions for employees who are victims of domestic violence. The goal of the program is to help businesses of all sizes create safer workplaces while reducing the economic, legal and productivity risks in the workplace that are associated with domestic violence.

HopeLine from Verizon turns no-longer-used wireless devices and accessories, in any condition from any provider, into cash grants and other support for domestic violence programs. To date in 2014, Verizon has given grants totaling more than $108,000 for domestic violence prevention and response in Kentucky. Since HopeLine was launched in 2001, the program has collected more than 10.8 million phones nationwide, awarded more than $21.4 million in cash grants and distributed more than 180,000 phones with nearly 544 million free minutes and 207 million text messages to shelters for use by survivors. Donated devices that cannot be refurbished and resold are disposed of in accordance with Verizon's zero-landfill policy.

Verizon customers who are being abused or who are concerned about signs of potential abuse in a friend or loved one can dial #HOPE from any Verizon Wireless phone to reach the National Domestic Violence Hotline (800) 799-7233 and TTY (800) 787-3224. During Domestic Violence Awareness Month, Verizon will donate $3 to domestic violence prevention programs for each purple HopeLine-branded accessory sold.