Teen Use of Electronic Cigarettes Has Tripled in One Year 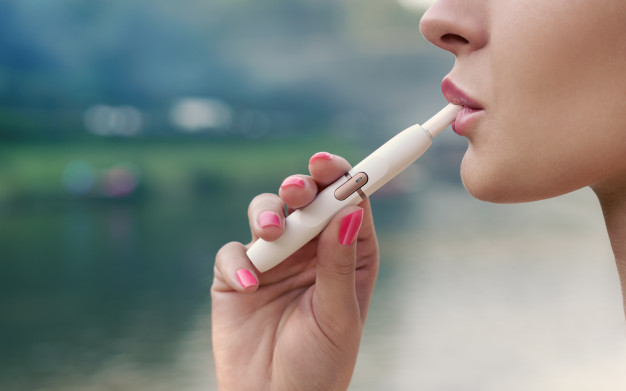 KENTUCKY — The number of middle- and high-school students using electronic cigarettes tripled from 2013 to 2014, surpassing the current use of all teen use of tobacco products, including conventional cigarettes, according to the federal Centers for Disease Control and Prevention.

The report also found that the use of traditional cigarettes remained the same for middle-school students at 7.7 percent, but fell among high-schoolers to 9.2 percent in 2014 from 12.7 percent in 2013, the "lowest level in years," CDC said in a press release.

“We want parents to know that nicotine is dangerous for kids at any age, whether it’s an e-cigarette, hookah, cigarette or cigar,” CDC Director Tom Frieden said. “Adolescence is a critical time for brain development. Nicotine exposure at a young age may cause lasting harm to brain development, promote addiction, and lead to sustained tobacco use.”

There is great debate about how safe e-cigarettes are. Most public-health officials have called for them to be controlled by government regulations, including advertising regulations, and say more controlled studies need to be done to determine their safety.

And while many proponents of e-cigarettes say the devices may be helpful in helping some smokers give up traditional cigarettes and are safer than traditional cigarettes, a recent study published in the American Journal of Public Health says that using electronic cigarettes doesn't help smokers quit, and Brady Dennis of The Washington Post reports that another study, published in the journal Tobacco Control, found that the chemicals used to flavor e-cigarettes could prove unsafe when inhaled over time.

The U.S. Food and Drug Administration has yet to issue new regulations for e-cigarettes, despite its announced plans to do so last April. Meanwhile, Kentucky enacted a law last year banning the sale of "alternative nicotine products" such as e-cigarettes to minors, and local Kentucky smoking bans have slowly been adding e-cigs to their local ordinances. Several Kentucky schools have also added language to their school policies to include e-cigarettes in their smoking bans, with one school official in Webster County recently saying e-cigarettes are "high on every school system's radar right now."

But not everyone sees this increase in teen use of e-cigarette use as a cause for alarm.

“The CDC should really be jumping for joy at the fact that smoking rates are declining. This is a huge success,” Michael Siegel, a professor and tobacco-control specialist at Boston University’s School of Public Health, told Dennis. “Instead, they are using this as another opportunity to demonize e-cigarettes.”

Siegel said that while minors shouldn't have access to any tobacco products, the CDC numbers also suggest that e-cigarettes are not serving as a gateway to traditional cigarettes and might be diverting them away from them, Dennis reports.

Gregory Conley of the American Vaping Association told NPR that the data, which show a decrease in tobacco smoking by teens as they have increased experimentation with vaping "should be part of the discussion.