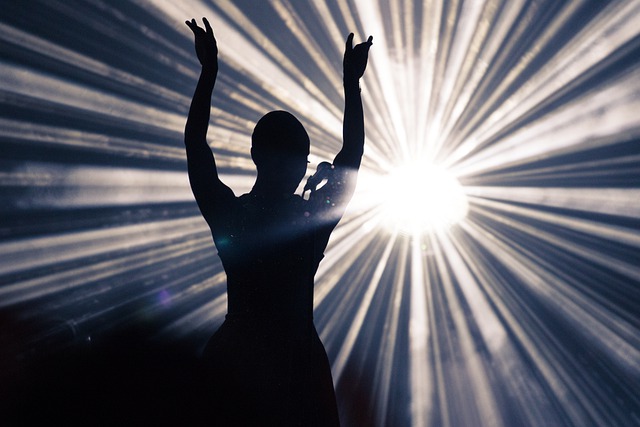 This year’s exciting line-up includes returning favorites along with new bands and elements that are sure to “pick” things up. Set in Greenville’s historic downtown, the concert series is the ultimate place to relax with family, connect with friends and enjoy top-notch music in the picturesque setting that is Greenville, Ky.

The Muhlenberg County Courthouse will once again provide the stunning back drop for each of the seven free outdoor concerts that begin on June 27 and wrap-up on Aug. 8, 2015. As in previous years, the concerts are free and family-friendly. Concerts begin at 8 p.m. Concert attendees should come out early, bring a lawn chair and pick a spot to enjoy the show then meander downtown to explore the open shops or have a meal.

The series opener on Saturday, June 27 will feature one of North America’s best Chicago Tribute bands, Brass Transit. Brass Transit comes to Greenville via Toronto, Canada and is considered Toronto’s most dynamic, crowd pleasing and studio-tight Chicago Tribute. The band includes a world-class horn section, rocking rhythm section and incredible vocals that stack to the sky. The show will feature all of the hits from Chicago’s golden age and will transport the audience back to the freewheeling days of the seventies. The musicians of Brass Transit are proven professionals having played with the likes of The Drifters, Sam and Dave, Aretha Franklin, Ben E. King, The Marvelettes, Frankie Valli, Mary Wilson, Martha Reeves, Little Anthony and The Imperials, Dell Shannon and The Mamas and the Papas. Don’t miss this incredible season opener with Brass Transit in their only Kentucky show in 2015.

'Saturdays on the Square' celebrates the July 4 with an extra-special evening featuring not only a patriotic concert, but a unique and cutting-edge laser light show. The musical event of the evening begins at 8 p.m. with Owensboro Symphony Orchestra’s 2nd Street Big Band. This 19-piece ensemble of musicians from the Owensboro and Evansville area is typically a classic dance band showcasing classic swing standards from the golden years of Count Basie, Duke Ellington, Glenn Miller and Tommy Dorsey. They also have a passion for the sound of great singers like Frank Sinatra, Doris Day, Sarah Vaugh and Rosemary Clooney. For this Greenville event the Big Band will be paying special tribute to America as we celebrate Independence Day with Saturdays on the Square style.

Following the live performance of the 2nd Street Big Band, the Greenville Tourism Commission is pleased to bring a first-ever event to our area. Downtown will come alive with a patriotic laser light show that will have brilliant light beams and images dancing across the sky on Main Street. The 25-minute show will feature cutting-edge laser graphics set to music that celebrates America and salutes those who have sacrificed for the freedom of this country.

Saturday, July 11 will feature the annual “Twilight Cruise-In Antique Car Show.” This show is the premier car show for Greenville. The show typically draws in 75 plus antique cars from around the region that create a nostalgic view in historic downtown. The “oldies night” concert performance will feature an amazing tribute to the King of Rock ‘n’ Roll with Rick Alviti as Elvis. Rick Alviti’s show is widely renowned as the very best in impressions of Elvis. His performances have garnered standing ovations at multiple venues such as the Las Vegas Road Show, the Players Island Showroom, Playboy Mansion and the Palm Desert Marriott. Don’t miss this memorable night to take a step back in time with classic cars and Rick Alviti’s Elvis.

On July 18, Greenville is pleased to welcome back country a cappella band, Home Free. The 2014 Saturdays on the Square performance by, Home Free was superior entertainment and has been requested over and over again for the 2015 season. Home Free will be performing on the Grand Ole Opry at Ryman Auditorium in Nashville, Tenn., Friday night July 17 and Home Free fans can enjoy them again and free of charge in Greenville the following night at the 'Saturdays on the Square' performance.

The group garnered national attention by winning NBC’s “The Sing-Off” in December of 2013 and since that time the Home Free fan base has exploded. Home Free music videos have received 30-million views on Youtube with the group’s version of Johnny Cash’s “Ring of Fire” gaining almost 7.7 million of those views. The group has secured high-profile appearances including CMA FanFest in 2014 and 2015. This highly energetic and entertaining show has hit 34-cities this spring and has sold-out venues across the country.

On July 25 Greenville will welcome nationally-known contemporary Christian artist Matt Maher to the stage. Since making his major label debut in 2008 Maher has been a main stay in the contemporary Christian scene. Maher is a five-time Grammy nominee and has experienced multiple radio successes including “Because He Lives,” “Lord, I Need You,” “Hold Us Together,” “Christ is Risen,” “All the People Said Amen,” and “Your Grace is Enough.” In addition to radio success, Maher has written recorded songs done by numerous top artist such as Chris Tomlin, Third Day, Matt Redman and Hillsong. Maher is known for his passionate and heartfelt shows. He has written and produced seven solo albums to date. Three of his albums have reached the Top 25 Christian Albums Billboard chart and four of his singles have reached Top 25 Christian Songs chart.

On Aug. 1 get ready for one of Atlanta’s hottest party bands, The Free. This group is upscale and high-energy blending modern style with rootsy charm. They keep up with the latest from Bruno Mars and Taylor Swift, effortlessly transitioning to musical comfort food from artists like Mumford and Sons, Tom Petty and Johnny Cash. They perform with a stylish youthful energy and a homespun flair all their own. The band was birthed in 2014 by the creators of the A-Town A-List, a perennial favorite in Greenville, and maintains A-Town’s standard of excellence. The Free is a versatile, party-rocking live juggernaut that is about to explode on the 'Saturdays on the Square' stage.

The series then comes to a close with a fantastic showcase of the local talent in Greenville and Muhlenberg County. Back by popular demand, the Aug. 8 concert will feature Corey Farlow and the Players. This incredibly talented band of musicians, put together by local thumbpicker Joe Hudson, plans to keep it country again this year playing all your favorite classic and current country hits alike.