Education > Education Issues: A Look at Standards and Funding

Education Issues: A Look at Standards and Funding 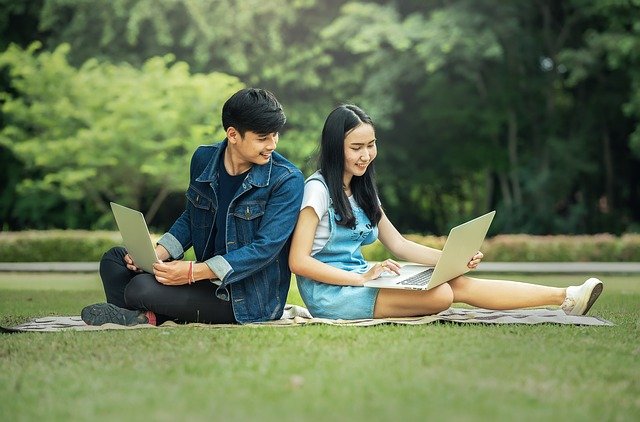 KENTUCKY  — The process for updating academic standards isn’t the kind of topic that inspires soaring rhetoric and passionate civic debate.

Yet the top legislative priority for Senate Republicans this year is a sweeping overhaul of how public school standards are reviewed and updated in the commonwealth. In essence Senate Bill 1 seeks to simplify the work of educators by ensuring that Kentucky’s academic standards align with the assessments on which student progress is scored.

“I call it the bill of taking control of our standards and allowing our teachers to teach,” says Sen. Mike Wilson (R-Bowling Green), who is chair of the Senate Education Committee and sponsor of the legislation.

Wilson joined three other state lawmakers on KET’s Kentucky Tonight to discuss aspects of SB1 as well as the need for increased education funding in the state.

Bill Doesn’t Repeal Common Core
Wilson says he spent months talking with teachers, administrators, and principals as well as researching the new federal Every Student Succeeds Act to develop his legislation. He says he continues to tweak language in the bill, which cleared the Senate Education Committee last week.

In addition to amending the standards review process, SB1 makes some changes to student testing, addresses underperforming schools and schools with achievement gaps, and shifts some responsibilities from the state to local districts. The one thing the legislation doesn’t do is specifically repeal the Common Core Standards, which some Republicans, including Gov. Matt Bevin, oppose as being driven by Washington bureaucrats.

But Rep. John Carney (R-Campbellsville), vice chair of the House Education Committee and an administrator in the Taylor County schools, clarifies that Kentuckians determine what students in the state learn.

“The curriculum that is taught in your school district is locally driven,” says Carney. “Our school-based, site-based councils have the legal authority to develop that curriculum.”

And the state’s standards are evolving. Former Education Commissioner Terry Holliday launched a 10-month review of the Kentucky Academic Standards before he retired last summer. Rep. Kelly Flood (D-Lexington), chair of the House Budget Review Subcommittee on Primary/Secondary Education, says more than 5,000 people provided feedback, which led to revisions in the standards.

“These are living standards,” says Flood. “They are absolutely improving education in the classroom [so] we need to be careful about how we move to keep their assessment relevant.”

New Process Would Include Politicians in Standards Review
Under SB1 a panel of educators with expertise in a specific subject like science or reading would review the standards for that subject every six years. They would then make recommendations to a review panel comprised of three people appointed by the governor, three by the Senate president, and three by the Speaker of the House. The state’s commissioner of education would serve as a non-voting member of that group. The final recommendations from that panel would go to the state board of education for implementation.

Wilson contends that structure creates accountability and a separation of powers. For example, he says the educators reviewing the standards would have no connections to curricula or testing companies, and therefore no conflicts of interest. Plus he says it would help ensure that the study plan and the testing for a particular subject matches, instead of a scenario where a teacher must teach what the curriculum mandates but then spend additional time training their students on what they need to know for the test in that subject.

But Rep. Flood and Senate Minority Caucus Chair Gerald Neal (D-Louisville) contend that allowing lawmakers to be the final arbiter of academic standards is potentially dangerous.

“When you have standards go before a legislative body for that kind of approval process, it re-politicizes the process after educators have spent an enormous amount of hours getting down what they believe ought to be happening in the classroom,” says Flood.

Neal adds that the panel of appointees could be politically one-sided, depending on which party holds the majority in the House and Senate. He suggests waiting to change Kentucky’s academic review process until the federal Every Student Succeeds Act is fully implemented over the next 18 months, which would also give state lawmakers more time to weigh in on Wilson’s proposals.

“A new standards review process in total, that is a major thing. That’s not simple,” says Neal. “I don’t think this process actually has the systematic input so that we can be informed better in terms of changes we might make.”

For his part, Rep. Carney wonders why the commissioner of education wouldn’t have a voice in the standards review process as a voting member of the political panel. He also questions language in an early version of the bill that recommended dropping social studies from statewide assessment requirements, which some educators fear would lead to a diminished role for the subject in school curricula.

Wilson says he’s heard from many social studies teachers on the issue and pledges to explore options for restoring that assessment. He says some states make students take the U.S. citizenship test as a graduation requirement, and he says that could be one option for Kentucky.

“The last thing we want to do is diminish social studies,” Wilson says. “Every one of us here wants to make sure [students] have civics, Kentucky history, American history, [and] world history.”

As a former social studies teacher, Carney says the subject is vital to helping students develop a respect for the rule of law.

“We incarcerate more people than we educate, so we have to have civic engagement and social studies taught,” says Carney. “I appreciate Senator Wilson being willing to look at that.”

Education Funding
The panel praises Gov. Bevin for moving to address the unfunded liabilities in the pension plans for state employees and school teachers, but they also lament the cuts that schools, colleges, and universities will suffer in the process. Bevin called for per-pupil base funding for primary and secondary schools to be maintained, but ancillary public school programs as well as funding for higher education could see 9 percent cuts in the new biennium.

“What he’s proposed is a disaster when it comes to public education,” Neal says of the governor’s spending plan. “We do not have a base that is sufficient to take us into the future in any meaningful way, and we’re going to always play this game of catch up or patch up.”

Rep. Flood adds that the state addressed equitable school funding in the 1990 Kentucky Education Reform Act, but has not yet provided schools with adequate funding. She says moving the state’s public schools to top-tier status will require significant new investments that she believes can be funded through comprehensive tax reform.

Wilson says he thinks Bevin is committed to updating the state’s tax codes, but says the governor made pension payments a top priority for this legislative session to prevent those debts from getting any bigger. He says he’s talked with many of the state university presidents about the budget plan, and he’s hopeful that there may be some way to mitigate the proposed cuts to their institutions.

Given the fiscal circumstances Kentucky faces, Rep. Carney says the governor did allocate “fairly adequate” school funding in his budget. Carney adds that the House will offer some proposals to help with higher education funding, though he doesn’t offer any specifics on what that might entail. From tuition rates to university infrastructure projects, Carney argues more must be done to ensure that Kentucky’s best students stay in the commonwealth for their college educations.

KET’s education coverage is part of American Graduate: Let’s Make it Happen, a public media initiative made possible by the Corporation for Public Broadcasting.