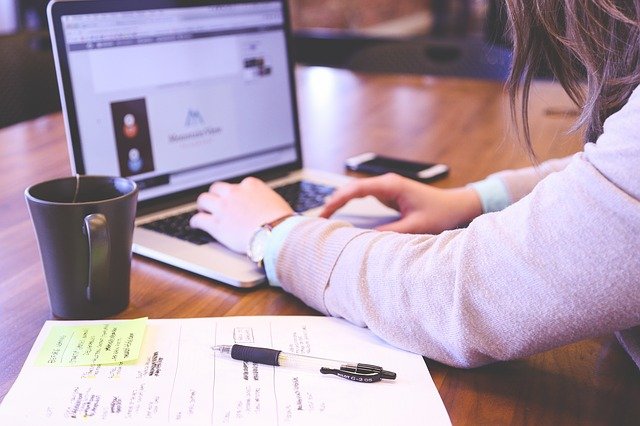 KENTUCKY — Each year the Student Technology Leadership Program (STLP) showcases projects from thousands of students across Kentucky in a competition. This year, approximately 7,000 K-12 students and 1,800 adults registered to attend and participate in the 2016 STLP State Championship in Lexington, at Rupp Area/Lexington Center. Some 499 schools from 99 districts participated.

Recorded at this year’s STLP competition in April, a special edition of KET’s Education Matters explores how Kentucky K-12 students are using technology for project-based learning. The program includes video segments produced by teens from Hardin County who are part of the PBS NewsHour Student Reporting Labs program.

STLP program manager Jeff Sebulsky said many student groups come not to compete, but to learn from others. “They’ve just come today for inspiration to learn about what they can do back at their school,” he said.

David Couch, associate commissioner for the Office of Knowledge, Information and Data Services, of Kentucky’s Department of Education, has seen the program grow by leaps and bounds since the early 1990s. Students start out competing locally, then in regional competitions at universities before making it to the Rupp Arena showcase.

“For the most part, this is the first time these kids have been in Lexington—definitely Rupp Arena,” Couch said.

“It’s amazing to watch how they develop their skills, their abilities, their confidence to speak to adults who they haven’t met before,” said Sebulsky.

The projects can be high-tech or low-tech, said Couch. “But the part I really like are the life skills, the leadership skills that we’re seeing here,” said Couch.

He also likes seeing students thinking about other people’s welfare. “A lot of their projects are about how they can help their fellow classmates, their fellow teachers, or their communities.”

Here’s a sampling of some of the projects:

STLP students with a bent for engineering helped set up for the 2016 Kentucky Society for Technology in Education conference in Louisville this year. STLP alumni often go on to find work in the field.

Jonathan Kidwell, director of educational sales and solutions for Extreme Networks, is a former STEM student from Campbellsville. He recalled how the Jostens company approached his high school about making the first completely digitally-produced yearbook back in 1993. “We had on old computer. It took forever to render even a circle,” he said.

That early start, primitive though it sounds now, “really allowed me to understand where things were going and transitioning to, and gave me that jump start into that next level.”

Kenny Franks, a corporate operations engineer for Google and a former STEM student at Shelby County High School, said Google has complicated infrastructure, requiring its IT people to be well versed in all the operating systems. As a high school student, he was one of the lead engineers helping set up the STLP event. “I’ve been here ever since. I’ve been coming back even after I graduated,” he said.

What set him apart from other applicants for the Google job, he said, “was I had this experience as a high school student ... working in real-life scenarios already with people in our community, with people in conferences.”

Morgan Taylor, a Monroe County High School graduate, is now a student at Western Kentucky University majoring in cyber defense. She also has her own business helping set up technology for conventions.

What advice does Taylor have for students at the competition? “I would tell them to embrace it, because you’re here one weekend out of the whole entire year.”

Some students worry they won’t make it out of the first round, but Taylor encourages them to focus on what they’re learning along the way. “That’s all that matters,” she said. “All you have to do is be confident and do what you know, and you’re going to kill it.”

STLP students helped set up technology at the VEX Robotics competition, held in Louisville this year. The event, for middle and high school students, presents an engineering challenge in the form of a game.

“The thing about robotics is that it pulls together so many different disciplines ... and it gives them an actual physical output,” said Sebulsky. “They can now demonstrate that they understand geometry, they understand computational thinking, because they have created a robot that’s going to do what they had to program it to do.”

Marty Park, chief digital officer with the Kentucky Department of Education, said not all students will go into an IT or computer science occupation, but they will gain skills in computational thinking, problem solving, and creative thinking.

Imagine Academy, offered by the Department of Education in conjunction with Microsoft and Certiport, provides a comprehensive technology curriculum to help students learn IT skills. Imagine Academy program manager Laura Raganas said that more than 25,000 online courses were offered this year, surpassing expectations, she said.

The program prepares students to earn Microsoft certifications. Although it is focused mostly on high school students, it is open to anyone, Raganas said.

Commissioner Couch said students learn better when they are involved in projects. State Rep. Kelly Flood, D-Lexington, said Kentucky, with the Kentucky Education Reform Act of 1990, embraced technology in the classroom long before other states did. “With this focus on technology that early on, we are now poised to be a launch pad for a whole new wave of technology, especially virtual classrooms,” she said.

Nine school districts in Eastern Kentucky are connecting with students around the world through the Global Nomads Group, a nonprofit that fosters dialogue among the world’s youth. “That’s what technology can do for us,” Flood said.

For a listing of winners in the competition see http://stlp.education.ky.gov/#state2016