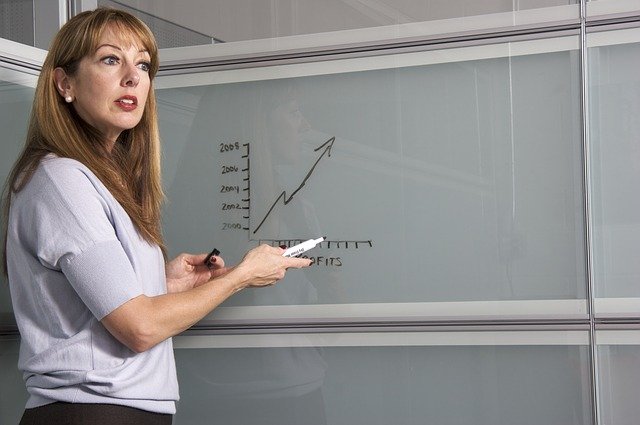 Elementary and learning and behavior disorders dual certification students Heather Starks and Amanda Morrow and elementary education students Tyler Forsythe and Kaity Young were chosen to experience the teaching opportunity of a lifetime.

Forsythe said it was a study abroad program where the four could complete three weeks or 15-days in Belize of their 70-day student teaching requirement.

Starks said they applied for the program, then had to wait for the selection process and she said it took about one year. She said their applications were submitted in January 2016, which included essays and other requirements and after being accepted, they applied for scholarships to help fund the trip. “It was a long process,” said Starks.

The students stayed at an apartment in Corozal Town during the week while teaching and on the weekends, they had the opportunity to take excursions and spent one weekend in San Ignacio and one in San Pedro. Morrow and Starks taught at the same school — Louisville Roman Catholic School. Forsythe was at Our Lady of Guadalupe Catholic School and Young was at Mary Hill Roman Catholic School. Morrow said all the schools there were faith based.

The student teachers said classroom capacity there is comparable to those they are used to, but there were many other huge discrepancies compared to the classrooms and schools they are used to in America.

Morrow said instead of having grades, they have infant 1 and infant 2, which is like American kindergarten and first grade and standards 1-6 are comparable to our second through sixth grades and high school goes by forms, such as form 1, 2 and so on. Students cleaned their own schools and there were no janitors or custodians.

“They swept, mopped, emptied the trash, washed chalkboards, cleaned erasers and picked up trash in the school compound,” said Starks.

Schools in Belize dismiss students to go home for lunch each day so school is out for about an hour and one-half so they can go home to eat with their family. There were no school buses to bring the students to school so they either walked or rode their bikes.

Morrow said American principals are busy all the time dealing with discipline issues, and that was not the case there. “The biggest issue I saw the principal at Louisville Roman Catholic School deal with was when a student sold their bike to another student for $1,” said Morrow.

Starks said the worst behavior issue she had in the classroom was students calling out.

The student teachers said they saw no fights, tantrums, throwing of things or walking out of a classroom, like they might experience in an American classroom. Young said the students talked out of turn but that was because they were excited about them being there and they wanted to share their ideas and perspectives. Forsythe said there really wasn’t much in the way of punishment they could administer such as taking away things or privileges, “because they don’t have anything to take away.”

Starks bragged on the student’s level of respect, politeness and manners. “They were very welcoming and when I walked onto the school compound each day, many students would come up and tell me good morning each day,” said Starks. She said they were not prompted, they looked you in the eye, held their head up, and very clearly, and not in whispered voice would say, “Good morning, Miss.”

Starks said in American schools, you don’t get that.

Most of the schools and students had no text books and especially at the village schools. Morrow said money to support the school she taught at was coming from the village and they did not have the resources to buy textbooks. “They had their little composition book and that was it,” said Morrow.

Young said teachers mostly had to buy everything in the classrooms, including the tiles on the floor and pay for the electricity. She said students bought their own desks. “That desk was carried with them from grade to grade,” said Starks.

Forsythe said the students in Belize use what they have and, “they are content with it.”

“They are very resourceful, whereas we are very wasteful,” said Young.

She said they re-use and re-use, like a piece of paper is used one day for a math test and the next day it is used for origami.

Forsythe said those students think the items we have are so amazing because they don’t have all the things we do.

Young said in Belize, education is a blessing and a privilege, “and here in America, it is a right.”

Starks said about 50 percent of the village children no longer go to school after sixth grade. She said they have to travel and pay to go to high school and most cannot afford it. Most of them must start working at that age to help support their family.

Forsythe said in America we talk about how blessed we are but we don’t realize how much so until we experience something like we did on this trip. He said the whole experience has changed him in many ways.

Young said it was a blessing to get to go. She said, “they are the happiest people,” and that goes to show you don’t have to have a lot to have a happy life.

Forsythe said they are just giving people and they do not ask for anything. “Every day at snack time, they wanted to share their snacks with us,” said Forsythe.

Morrow said on her last day she gave all her students two pencils and many of them did not want to take them.

Morrow, Young, Forsythe and Starks said they took away many valuable lessons from their experience.

Forsythe said when he gets his own classroom, he wants to teach his students to keep it clean in order to help teach them respect; respect for what they have and respect for the custodians.

He said here, students are given so much and they are not appreciative of it.

Starks said she realized how it felt to be in a room full of people speaking a “foreign” language and it is not a good feeling. “I didn’t like it at all,” said Starks. She said we have students in our schools that do not speak or understand English and she wants to make it a priority to help those students and to educate other students about them.

Young said the trip to Belize put a greater emphasis on how she feels about relationships; relationships with students and their families. “You don’t know what a student might be going though or experiencing in their home life and what needs may not be getting met at home.”

She said teacher-student relationships are important and it can be impactful in that child’s life.

Morrow said she told one of her students she was proud of him and he cried. She said he told her no one had ever told him that before.

Morrow said now she is much more mindful of positive reinforcement. “I am using it more now more than ever after teaching in Belize,” said Morrow.

Starks said, “none of us realized the impact they would have on us.”

“We thought we would go to Belize and make a difference in those kids’ lives, but in reality, they changed us,” said Forsythe.