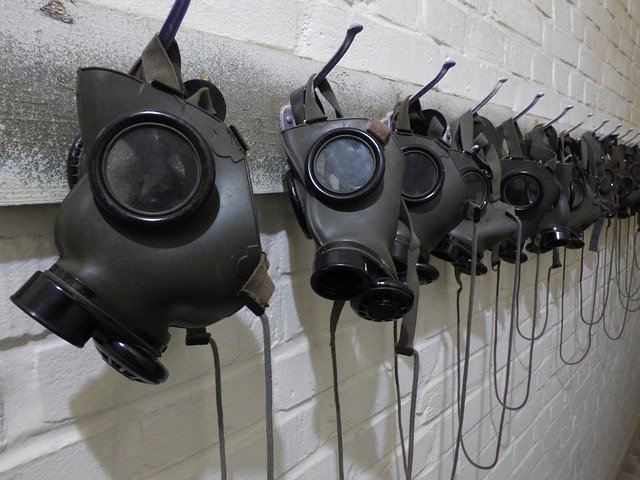 “The Ebola virus was first detected in 1976 and believed it originated in fruit bats and then crossed over into monkeys,” said Merrill. “Then, eventually, it crossed over into humans. This all happened close to the Ebola River, so that’s where the name came from.”

The incubation period can be between two to 21 days, she said.

Merrill said there are signs and symptoms to look out for.

“Signs and symptoms to look out for would be a fever, GI symptoms like nausea, vomiting and diarrhea; some people get a rash and internal and external bleeding,” said Merrill.

According to the World Health Organization, there are currently 14,443 cases in West Africa, with 5,177 deaths recorded.

“That may not be an accurate count because some of these areas can be remote and difficult to determine how many people have contracted Ebola and who have died from it,” said Merrill. “The outbreak is still listed in Sierra Leone, Guinea and Liberia.”

Merrill said there have been cases now found in Mali.

“There are new cases found in Mali,” said Merrill. “They have had a few deaths there, and what makes it worse is that there are multiple exposures due to this original patient there, because he wasn’t recognized as an Ebola case first.”

On Nov. 17, the CDC and Department of Homeland Security added Mali to list of Ebola affected nations.

Merrill said early identification and treatment are critical for recovery.

“We are seeing that early identification and early treatment is critical for the recovery of these patients,” said Merrill. “What we, Baptist Health, want the public to know, is that we have been preparing for any suspect Ebola patient.”

Merrill said an Ebola Team and an Incident Command Team have been formed at Baptist Health.

“There has been an Incident Command Team and an Ebola Team put together,” said Merrill. “We all work together… there have been 15 leaders, that have met twice a day for two weeks working on Ebola preparedness. We have now gone down to once a day and meeting once a week because we have so many measures in place now.”

Merrill said in the beginning there weren’t many guidelines to follow.

“There are so many things to think about,” said Merrill. “When this first became an issue, our nation had never seen a hemorrhagic disease here and there weren’t really any guideline for this. So, it made this really hard to prepare without guidelines. But, now, there are many, many guidelines to go by, which is a good thing.”

Merrill said there is so much to check for.

“When we are dealing with something like this, we have to think about a lot of things,” said Merrill. “Like how to get the lab work, the room you will put the suspect patient in, the waste… it’s so infectious, and we have to think about how we are going to get rid of it. You have to remove the curtains, all bedding, all linens, all scrubs… everything goes into the waste, that’s what is recommended. Then we thought about, ‘what do we do with the human waste?’ So, we decided to pour disinfectant in the commode and let it set for at least 10 minutes before it was flushed mainly because we wanted to make sure the virus was killed just in case there was a plumbing issue.”

“We had to get staff credentials to handle blood,” said Merrill. “In case this does happen, you have to know how to get the blood specimen from the patient’s bedside and into a special container to the lab and repackaged and sent to the CDC. So, there are all kind of things that we have to think about to get setup procedures in place.”

Merrill said the Ebola virus is only detected in blood after the onset of symptoms.

“One of the things that must be remembered is that virus is detected in blood only after the onset of symptoms,” said Merrill. “I know they have worked on a rapid test but the state of Kentucky doesn’t have it as of now.”

Merrill said it’s important to continuously educate themselves over the virus and to remain calm.

“We stress to not panic in case this happens,” said Merrill. “A way to eliminate the panic is to educate. Educate, prepare, train, practice it… and to remain calm. We have to remember that it doesn’t help to panic. We continue to receive updated information from Baptist Health Corporate, CDC and World Health Organization.”

“When we are screening, the trigger questions are all about the travel and exposure when you have traveled,” said Merrill. “Since it’s not widespread here, we have to ask those types of trigger questions. If anyone answers, “Yes,” to being exposed, then we go on to ask questions about the signs and symptoms.”

Merrill said if the screening came out positive, the patient would be placed in the Ebola designated room.

“If someone has Ebola, we place them in a room designated for the virus,” said Merrill. “Then, we continue to ask more questions. We have to also remember that all body fluids in an Ebola patient are contagious, but yet not spread through casual contact.”

A “call tree” goes into effect if someone has been suspected with the virus.

“We have a call tree, and this call tree will notify either our safety officer or myself,” said Merrill. “Then, we open up a command center, so we can have key people to the table, so that we can begin all the appropriate steps. Also, if a patient is brought in by ambulance, we get a call ahead of time so we can get the process started sooner and be ready.”

Merrill said they have a room specially made in the emergency room.

“We decided that the patient would not travel throughout the hospital,” said Merrill. “We have a room that is fully equipped in case this does happen and will remain there until they are transferred. It is tucked away in the back and has special air handling for just that room. ”

Merrill also said the removal of personal equipment is important in not spreading the virus.

“The removal of personal equipment is key,” said Merrill. “We don’t want to have an exposure while you’re removing the personal equipment. There is a series of steps and each step is done properly before moving to the next step. It’s very different from the normal isolation practices. There is also a method using a trained observer, who watches ever step the healthcare worker does. They are watching and telling them each step what to do and watching for any kind of breech.”

Merrill said that if they did have a suspect with the virus, the health department, CDC, the Ebola Line for Baptist Health and arrangements would be made for the patient to be taken to Paducah.

“Corporate Baptist has chosen to go regional,” said Merrill. “So, if we had a suspect patient they would be transferred to Paducah. Our other regional hospitals are in Louisville and in Lexington.”

Merrill said for most people, the risk of contracting Ebola is very low, but that Baptist Health is working hard in staying prepared in case someone does come into contact.

“Our team's purpose at the hospital is to make sure everyone is safe,” said Merrill. “If we get a suspect Ebola patient we want to make sure our health care workers, the community members, other patients and visitors are safe. Our ultimate goal is to stop the spread of Ebola.”