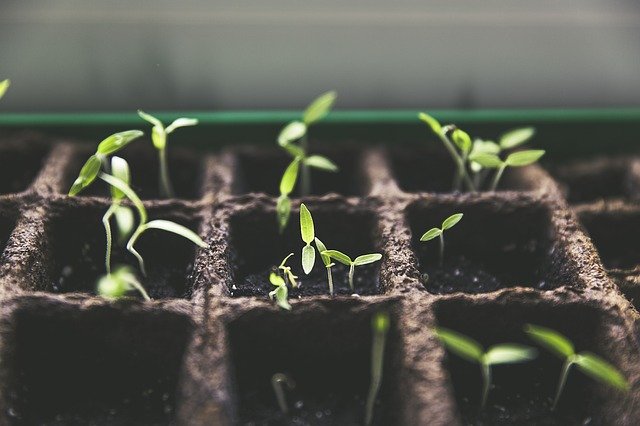 KENTUCKY — For far too long, the federal government has prevented most farmers from growing hemp. Although it was a foundational part of Kentucky’s heritage and today you can buy products made with hemp at stores across the country, most farmers have been barred from planting it in their fields. I have heard from many Kentucky farmers who agree it’s time to remove the federal hurdles in place and give our state the opportunity to seize its full potential and once again become the national leader for hemp production.

That’s why I was proud to introduce legislation in the Senate to finally and fully legalize industrial hemp.

In collaboration with agriculture leaders in Kentucky and throughout the nation, I utilized my position as Senate Majority Leader and as a senior member of the Senate Agriculture Committee to secure language in the 2014 Farm Bill to authorize hemp research pilot programs. I followed up with federal legislation to ensure that hemp produced from the pilot program could be transported, processed, and sold. Under the guidance of Kentucky Agriculture Commissioner Ryan Quarles and his predecessor, U.S. Representative James Comer (KY-1), these programs have allowed Kentucky farmers to both research the plant and to demonstrate its potential.

Kentucky’s experience with the hemp pilot programs has produced strong results. Last year alone, the hemp pilot program yielded more than $16 million for Kentucky farmers. We’ve already seen remarkable innovation in everything from home insulation to concrete and from health products to beer. These hemp products are just the beginning.

The time is right to take the next step with this new bipartisan legislation. My bill, which is cosponsored by Senator Rand Paul and the companion of which was introduced in the House by Congressman Comer, will benefit hemp farmers and manufacturers in four important ways.

First, it will legalize industrial hemp as an agricultural commodity and remove it from the federal list of controlled substances. Although the 2014 Farm Bill allowed for hemp pilot programs, some farmers have still faced substantial disputes with some federal agencies. This bill will remove roadblocks and encourage the domestic growth and production of hemp.

Next, the bill will allow the states to be the primary regulators of hemp farmers and manufacturers, if states can develop a proper plan. Under Commissioner Quarles’ oversight, Kentucky’s hemp industry can flourish.

Third, this legislation will give hemp researchers the opportunity to apply for competitive federal grants from the U.S. Department of Agriculture. Those critical research dollars can help spur further innovation and growth in this field.

And finally, our plan will make hemp farmers eligible to apply for crop insurance, enabling them to build a steady business model on a level playing field with other crops.

With these features, Kentucky can be at the forefront of hemp’s return to American agriculture, sparking opportunity for farmers and manufacturers in the process. In my time in the Senate, I’ve watched the evolution of the Commonwealth’s farm communities, and we are optimistic that industrial hemp can enhance the versatility and economic viability of Kentucky’s crops.

In the past, the similarities in appearance between hemp and its illicit cousin have caused confusion. But because hemp only has negligible levels of THC, which is the compound which produces the ‘high’ associated with marijuana, the two plants are actually quite different. Because of recent research and education, this distinction has become clearer. This legislation only legalizes hemp with a THC concentration of 0.3 percent or less, far below the THC concentration in marijuana.

A bipartisan coalition supports the expansion of industrial hemp, and I look forward to continuing to work with my partners in Washington and with Kentucky’s farmers to grow hemp’s bright future.

By legalizing hemp and helping farmers, we can continue to see growth in new and innovative products made with Kentucky-grown hemp across our state and the nation. This is our chance to continue to help our agricultural economy and put more Kentucky-made products on the market. Kentucky’s farmers are some of the best in the world, and this legislation will give them the option to enjoy the full benefits of this versatile crop with a long and rich history in our Commonwealth.