QUARLES OP-ED: Let's Make Our Own Mark in Hemp History 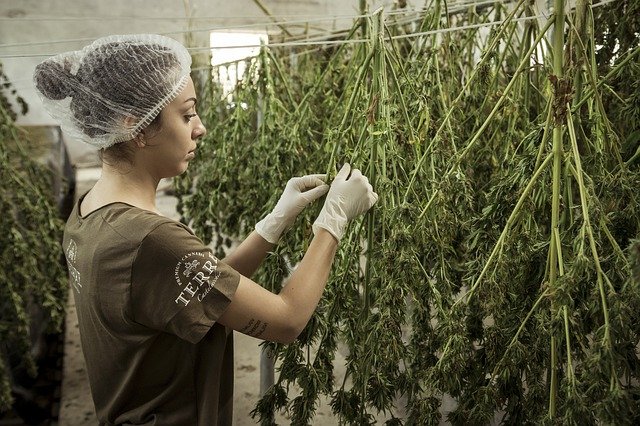 KENTUCKY — This week Americans celebrate Hemp History Week. Here in Kentucky, we know industrial hemp is a crop that connects our past to our future. A quick survey of the crop’s history proves it is time for us to make our own mark on hemp history and allow it to flourish.

The history of the United States is entwined with hemp’s history. George Washington and Thomas Jefferson are believed to have grown hemp on their farms. In the 1800s, Speaker of the House and later Senator Henry Clay grew hemp on his farm in the Bluegrass region of Kentucky.

Hemp even helped win World War II. During the war, many farmers grew industrial hemp to provide critical materials such as rope for our troops as they fought the tyranny of Adolf Hitler and Imperial Japan. In fact, my great-grandfather grew it while my grandfather served as a Marine in the Pacific theatre. The need was so great that the government encouraged farmers to grow hemp. The United States Department of Agriculture even went so far as to produce a “Hemp for Victory” video in 1942. In that video, a patriotic narrator describes how “in Kentucky, much of the seed hemp acreage is on river bottom lands . . . along the Kentucky River gorge.”

In the 1970s, the federal government prohibited hemp production. Kentucky’s long hemp heritage was put on hold. All of that changed when Congress included a provision for industrial hemp research pilot programs in the 2014 Farm Bill. Championed by Senate Majority Leader Mitch McConnell, Senator Rand Paul, and Congressman Thomas Massie, the 2014 provision allowed state departments of agriculture, like Kentucky’s, to develop a regulatory framework for industrial hemp research. When I took office, we devised a system that balanced the liberties of our farmers to grow this crop with the needs of local law enforcement. We also spent a lot of time educating folks about how hemp is different from marijuana – hemp contains less than 0.3 percent THC as defined by federal law. Today, we have a system that works, and we are beginning to seeing its big economic impact.

Numbers released by the Kentucky Department of Agriculture earlier this year gave us the first-ever glimpse of hemp’s economic potential. Kentucky licensed processors paid Kentucky growers $7.5 million for harvested hemp. Additionally, our licensed processors reported $25.6 million in capital improvements and investments, and $16.7 million in gross product sales. All of that was accomplished with a market-based approach and 3,271 acres of approved research plantings and greenhouse space. This year, we are optimistic we will see even more acres planted – consistent with the increase in acreages each year since I took office.

Kentucky’s hemp history is unparalleled and we are currently seeing the potential it offers, whether in industrial applications such as hemp concrete or health and wellness applications such as cannabidiol (CBD) oil. However, a few roadblocks remain. Because hemp is on the federal controlled substances list, there is much uncertainty surrounding its future. In order to unleash the potential of our hemp program, Congress must pass Leader McConnell’s “Hemp Farming Act of 2018.” Leader McConnell’s bill empowers the states and removes uncertainty from the marketplace for our farmers and processors. It is a great example of how federalism can work in the 21st century. The bill has gained support across the political spectrum, a rare achievement in this polarized and divided political climate.

So while we celebrate hemp’s history this week, let’s not lose sight of the historic opportunity we have in front of us. Let’s make our own mark in hemp history and allow our farmers and innovators the opportunity to unleash the full potential of hemp, a crop that connects our past to our future.

Ryan Quarles serves as Kentucky’s Commissioner of Agriculture. He was elected to that office in 2015.