Is Insurance a Scam? 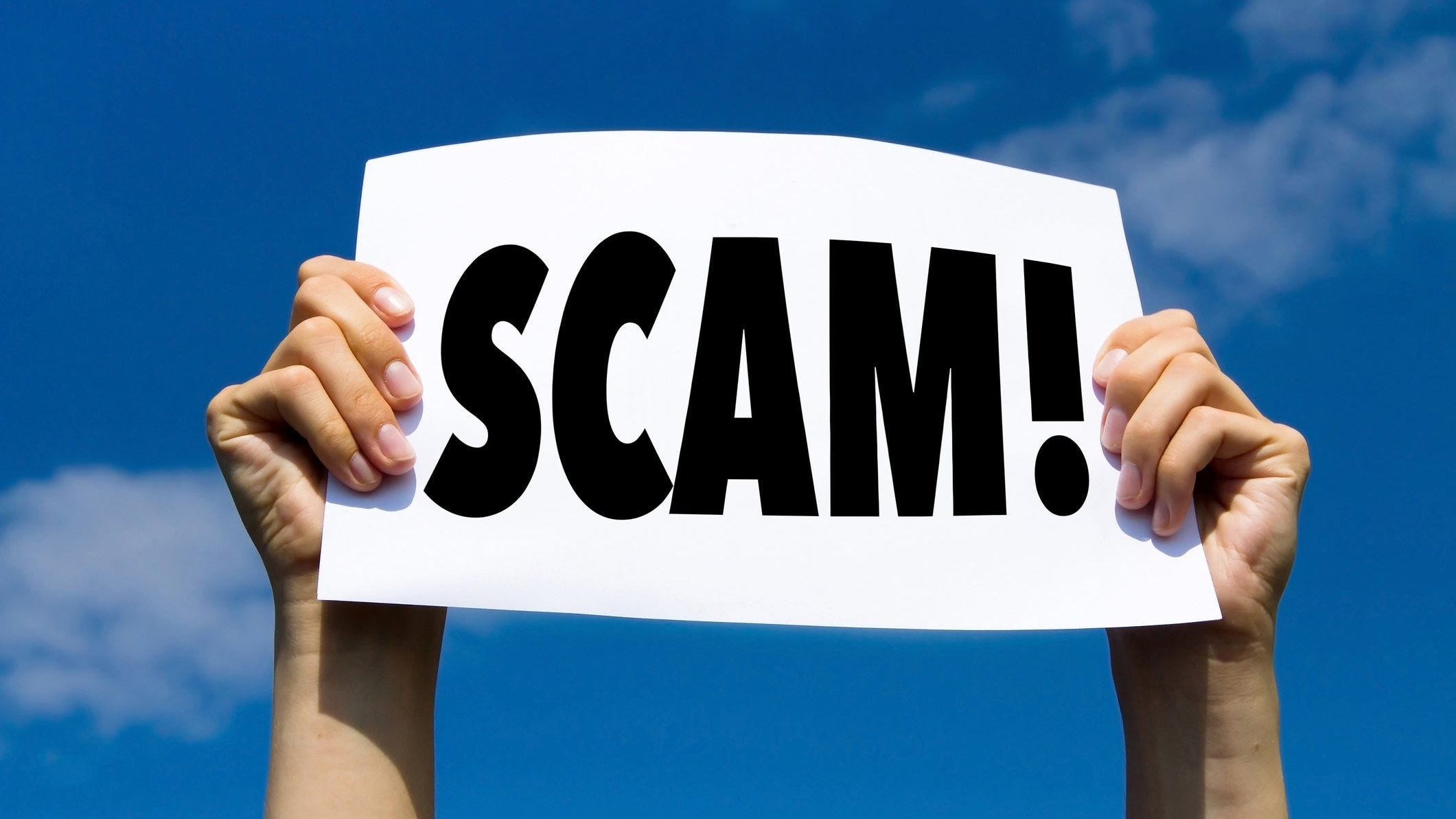 Whenever I get asked this question, I always think of the movie Meet The Parents. Remember the scene? Pam wants to get rental car insurance and Greg, eager to impress her, says: “No honey! It’s a scam”. Minutes later they arrive at Pam’s parents, and Greg smashes the car’s windshield after throwing a brick at Jack’s’ RV. Don’t worry, says Jack, your rental insurance should cover it.

To some, insurance sounds like a scam. Why would a safe driver who always follows the law need to pay car insurance every month? To others, insurance is an important component of everyday life and responsibility that is one of the fabrics of our society. But where is the truth? Is insurance actually a scam, or a complex system of microeconomics that might even be good for humanity?

The answer, as you might expect, is complex. Insurance is routinely ranked among the least trusted industries in the United States. The argument that insurers are just "in it for the money" is common around dinner tables in a country where healthcare is a controversial topic and mandatory car insurance is sometimes seen as an infringement of rights.

And yet, insurance as a system is actually positive for both the economy and society. Join us for a deep, unbiased dive into whether insurance is a scam, including both common arguments against and for the system.

We begin with a basic outline of the insurance system in the United States, as it applies to anything from homeownership to life insurance. It's built on the fact that if anything in the areas covered goes wrong, the insurance holder likely won't be able to pay for it. Few people readily have the $50,000 they'd need if a tree fell onto their home's roof or the $30,000 for a new car.

So instead, people pay a lower monthly premium to an insurance company, which promises to pay for large expenses under the covered areas if needed. The holder is much more likely to afford $75/month for car insurance, or $100 for home insurance, and will be covered should anything major happen that they cannot afford out-of-pocket.

Common Arguments Against the Insurance System

The above system sounds good, but includes two basic truths that cause many to claim that their policies, like car insurance, are scams: the for-profit argument and the moral hazard argument. Let's examine each of them on their merits.

The for-profit argument hinges on a simple fact: over time, most people pay more into their insurance than they get out of it. Yes, it's nice if I only have to pay $100 per month for healthcare. But what if I'm perfectly healthy, and don't actually have $1,200 per year in healthcare costs?

The reason behind that: most insurance companies are for-profit organizations. Their primary motives include not just helping their customers but satisfying their stakeholders and paying dividends. It's the single biggest reason why so many ask whether insurance is a scam.

When considering the need for an insurance system for the good of the economy (more on that later), this argument may hold some weight. If insurance is beneficial for the common good, for-profit companies looking for their own good instead might not be the best shepherds of insurance policies.

On the other hand, the transaction is similar to a loan, which can be a mutually-beneficial decision. Loaning money from a bank is not a scam, even with the understanding that the money will need to be paid back with interest. Insurance, in that sense, could be seen as a type of reverse loan.

Another common argument against insurance is the moral hazard theory. As defined by Wikipedia,

"In economics, moral hazard occurs when an entity has an incentive to increase its exposure to risk because it does not bear the full costs of that risk. For example, when a corporation is insured, it may take on higher risk knowing that its insurance will pay the associated costs. A moral hazard may occur where the actions of the risk-taking party change to the detriment of the cost-bearing party after a financial transaction has taken place."

In other words, someone who has purchased insurance may become more reckless. Do you really need to lock your house when you leave it, knowing that your valuables will be protected? In healthcare, a common argument against public and low-cost insurance is that those insured would overuse health services, leading to an economic breakdown and less healthy lifestyles.

Does that argument hold weight? Absolutely, although there are people who disagree with this view. Those who disagree tend to make the argument that just because you have life insurance, you are not gonna want to die so that you leave your family a bunch of money. That argument misses the point about moral hazard and the power of incentives. One of my favorite financial thinkers is Charlie Muger of Berkshire Hathaway who once said:

“Never, ever, think about something else when you should be thinking about the power of incentives… We can turn to psychology to obtain a more structured and thorough understanding of how incentives shape our actions.”

Take the FDIC for example. The Federal Deposit Insurance Corporation is a government entity created in 1933 to protect consumers in the United States against loss in the event of a bank’s failure. As a result, consumers stopped caring about how sound or stable their banks are. But prior to 1933, this was not the case. Banks used to even display some of their key metrics in advertisements knowing that consumers cared about bank stability. Banks that took on too much risk saw their customer vote them out of the market by withdrawing their deposits. Yes we used to have a lot more bank runs back then, but there wasn’t the kind of systemic-too-big-too-fail risks in banking that exist today. The 2008 financial crisis was in part caused by wreckless risky bets made by banks with consumers’ deposits. Again, incentives and moral hazard at play.

The Microeconomics of Insurance

In a 2008 analysis, German economists Ray Rees and Achim Wambach took a close look at the economics behind the insurance system. Their paper on the microeconomics of insurance is a powerful argument for why this complex system is built on sound economic analysis, rather than a scam that depends on the insurer getting as much money as possible from the insurance holder.

As Rees and Wambach put it,

Entering into a contract under which one pays an insurance premium (a sum that may be small relative to the possible loss), in exchange for a promise of compensation if a claim is filed on occurrence of a loss, creates economic value even though nothing tangible is being produced.

That can only be true, of course, if the system is built on the idea of mutual benefit rather than one-sided profit. Rees and Wambach argue that this is indeed the case, thanks to both the holder's knowledge about their tangible and intangible risks, and the complex formulas on which premiums are built to account for unexpected losses.

For that reason, and because of the complex microeconomic systems underlying the insurance market, they conclude that "insurance in its many and varied forms is a central aspect of economic activity in a modern society." It enables financing to take place on the holder's behalf at a reasonable level, leveraging an industry designed to achieve that mutual benefit of synthesized insurance.

Insurance, on its most basic level, exists for a simple reason: risk avoidance. As David Autor, economist at MIT, explained in his 2016 lecture on The Market for Risk, even a perfectly fair insurance system would add value to risk-averse individuals. In other words, with an insurance system in which resources are spread optimally and premiums calculated at an equilibrium, anyone who looks to avoid risks would want to purchase that insurance because it takes uncertainty out of the equation.

And here's the thing: scientists have long believed, and continue to prove, that human beings are at their core risk-averse. Daniel Kahnemann argued as much in groundbreaking psychology work that won him the Nobel Peace Prize. A 2015 study, meanwhile, showed that the tendency towards risk aversion is actually based on evolutionary developments across human history.

If that is true, Autor's Market of Risk lecture essentially applies to most (if not all) of us. We naturally seek to avoid risks, which insurance allows us to achieve. By lowering our stress and anxiety as a result, it can actually play a major role our happiness — which might be a factor why countries with universal healthcare also tend to rank highly among common lists of the world's happiest cultures.

But if everyone is risk-averse, who would want to shoulder any kind of risk? That's where insurance companies step in, able to operate due to three distinct factors Autor points to:

Autor concludes with a powerful statement on the benefits of a healthy insurance market, based on risk avoidance:

Insurance is potentially an extremely beneficial financial/economic institution, which can make people better off at low or even zero aggregate cost…[Insurance markets] still create enormous social value in the aggregate despite their imperfections.

Without insurance, financing simply wouldn’t be possible or would be very expensive at the least. Think about It for a minute: Would you lend large amounts of money to a friend or a family member for purchasing a car or a home, if insurance didn’t exist? The answer is probably not. One of the main requirements from banks or financial institutions to issue you a car loan or a mortgage is that you insure the property. That’s because in the event of catastrophic loss due to accidents or natural disasters, the loan’s collateral is protected. Without insurance, banks would certainly have to factor-in the probabilities of loan losses due to unforeseen events, and they would have to charge much higher interest or refuse loans in disaster-prone areas altogether.

It's impossible to read arguments like those of Autor or Rees and Wambach and come to the conclusion that the insurance market or an individual sector like car insurance is a scam. Quite the opposite is the case, in fact. Thanks in large part to the economic system and human nature, insurance is actually necessary in a functioning, healthy society.

Of course, that doesn't mean that it's perfect. Even strong advocates like those quoted above acknowledge as much. The system, when not supported adequately or allowed to devolve into insurance monopolies, can minimize some above-mentioned advantages and even lead to active harm. It is those situations that tend to raise questions on whether insurance is a scam.

An imperfect system, however, should not be a cause to dismiss the system altogether. Though it can be improved, insurance brings immense personal and economic good. Despite its shortcomings, it's a valuable part of our society that can benefit society both in the short-term and the long-term. 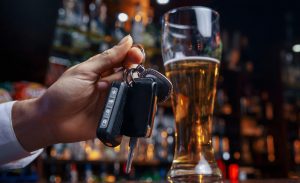 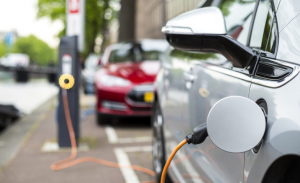 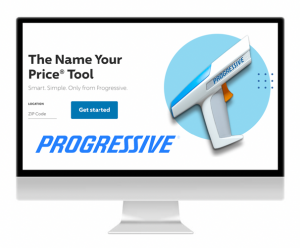 Progressive's Name Your Price Tool: Can It Save You Money? 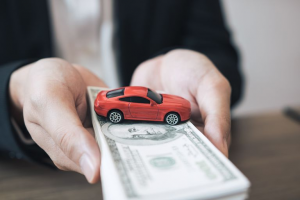 Sky High Insurance Despite No Accidents? Here's What to Do