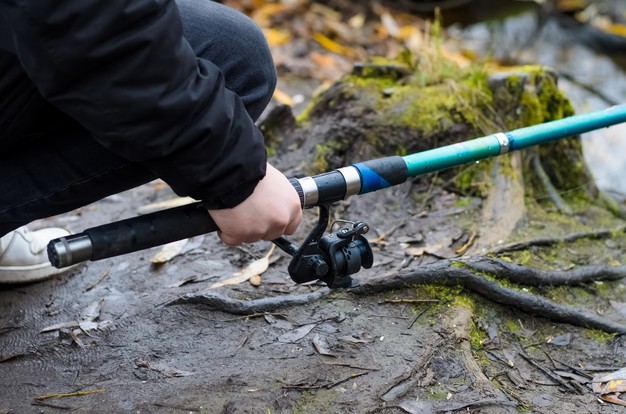 The Wild Card offers one last opportunity for the top six boaters and co-anglers to advance to the 2015 BFL All-American presented by Chevy.

"We've had a pretty major front coming though the last couple of days and the water has come up a bit," said Walmart FLW Tour pro Terry Bolton, who has earned more than $900,000 in FLW competition. "Usually this time of year the TVA doesn't like to keep the water in the lake, so it will probably drop some during the tournament."

"The water is just now starting to cool off," the Paducah, Kentucky native said. "It has been one of those falls where you can catch one anywhere you want to, but it is hard to catch two or three. I think you'll see a number of patterns at play. People will be catching fish in the backs of the creeks on typical fall baits like lipless crankbaits, spinnerbaits and topwater baits. And, you'll probably see some anglers catch them on baits like Rapala DT10 crankbaits and football jigs out on the main lake."

"My favorite thing about Kentucky Lake this time of year is that guys will come out and practice for two or three days, then happen upon a pattern or a school that they didn't know about during the tournament," said Bolton. "You can go from zero to hero in 30 minutes if you run into a bunch of fish. This is the time of the year that the big fish from the lake are starting to move back into the creeks, and if you pull up on the right flat or point when they are feeding you can catch a bunch. I like that it goes back to grind-it-out fishing and isn't an electronics battle like in the summertime."

Bolton predicted that it would take about 12 to 13 pounds per day to make the top six, and that the winner of this two-day event would likely bring in around 37 pounds.

Anglers will take off from Moors Resort & Marina located at 570 Moors Road in Gilbertsville, Ky., at 7 a.m. each day. Weigh-ins will be held at the launch site beginning at 3 p.m. Takeoffs and weigh-ins are free and open to the public.

The BFL Chevy Wild Card event on Kentucky and Barkley lakes is being hosted by the Kentucky Lake Convention and Visitors Bureau.

The BFL is a 24-division circuit devoted to weekend anglers, with 120 tournaments throughout the season, five in each division. The top 40 boaters and co-anglers from each division qualify for a regional tournament and compete to finish in the top six, which then qualifies them for one of the longest-running championships in all of competitive bass fishing, the Walmart BFL All-American presented by Chevy. Top winners in the BFL can move up to the Rayovac FLW Series or even the Walmart FLW Tour.

FLW is the industry's premier tournament-fishing organization, providing anglers of all skill levels the opportunity to compete for millions in prize money nationwide in 2014 over the course of 229 tournaments across five tournament circuits, four of which provide an avenue to the sport's richest payday and most coveted championship trophy, the Forrest Wood Cup. FLW tournament fishing can be seen on the Emmy-nominated "FLW" television show and is broadcast to more than 564 million households worldwide, making it the most widely distributed weekly outdoors-sports television show in the world.