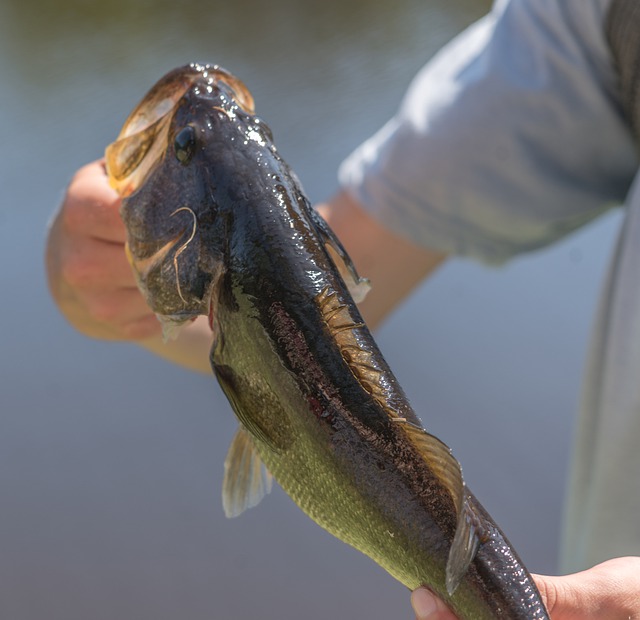 FAYETTE COUNTY, Ky. – Students who enjoy the great outdoors and the challenge of landing a catch have found a new outlet on their school’s bass-fishing team. While some might be long accustomed to fishing for fun, this organized venture is not for everybody.

“It’s really tournament bass fishing. It’s not like we’re taking the kids down to a farm pond and spending the day. It’s bass boats, and we’re fishing over the course of eight hours, and it’s very demanding,” said Mike Holdren, the head coach at Tates Creek High School.

Holdren and assistant coach Mike Hines recently took their team to Wilgreen Lake near Richmond to prepare for the Region 2 qualifier April 7 at Taylorsville Lake toward Shelbyville. Region 2 includes about three dozen counties. With a limit of five large-mouth bass, the 14 boats (not teams) with the most total weight will advance to the state tournament April 26-27 on Kentucky Lake in Hardin.

Holdren, who chairs the Art, Music and Humanities Department at Tates Creek; and Hines, the cafeteria manager, offer up their own bass boats for the team. At Wilgreen Lake, the students took turns and each spent an hour on the water getting comfortable with the equipment and their casting technique.

“The kids are just painting the bank with the lures. I’m very impressed,” Holdren said after a few rotations. “We try to get them loose and fluid. It’s like skipping a rock.”

With the trolling motor, he guided his boat along the perimeter of the lake as he instructed teenagers in the art of bait casting and flipping. The latter, a low-trajectory finesse move, is useful when trying to send the line under a limb or in the shallows where bass might congregate.

“You need hand/eye coordination so you can control where it goes,” seventh-grader Payton Caudill said as he unloaded gear at the dock. (Middle schoolers are allowed on high school teams if the sport is only available there.)

While Payton is one of the veterans – “I’ve been fishing since I was little, like 3 or 4” – he has picked up valuable tips this season on how to handle a bait caster instead of the familiar spinning reel. “It can carry bigger baits farther,” he noted.

The 14 teammates also have learned some crucial basics in their weekly practices on campus, including how to tie knots for lures and read topographical maps. They will study sonar images of the 4,000-acre Taylorsville Lake before the regional tournament and perhaps go take a look during Spring Break.

The students can expect heavier boat traffic, more trees and stumps in the water, and stronger winds raking across the lake.

“We’ll have wind in our face, so we’ll need a rifle throw with our lure,” Holdren advised sophomore Matt Rue during his turn on the placid Wilgreen.

Matt, who fished with an uncle when he was younger, was eager for some competition when he decided to join the new team at school. “I thought it’d be fun to get out on a lake with Tates Creek,” he said between casts, adding, “You have to be patient and like fishing, that’s for sure.”

His teammates include a half-dozen football players and a tennis player. Those accustomed to structured contests can set the tone for the fishing team, which requires a high level of commitment and focus.

“Except for maybe a golf match, which might last four hours, there’s not another sport that asks a kid to concentrate for eight hours,” Holdren said. “We can switch out people on the boat, but it’s very demanding – whether heat, rain or cold weather. Plus, you have to battle all the demons of how frustrated you get because five hours have gone by and you haven’t caught anything.”

Holdren hung posters around the building last fall to promote tryouts, and he’s been pleased with the response ever since. “Helping the kids fish, learn how to cast and tie a particular knot – these kids are really into it. I’ve got kids practicing in their backyards,” he said.

He hopes to establish a junior varsity group, too, to serve as a feeder program for the varsity team.

“We’ll get kids who’ve been fishing with their dad or granddaddy since they were little,” he said. “There are a lot of closet fishermen – boys and girls – out there.”