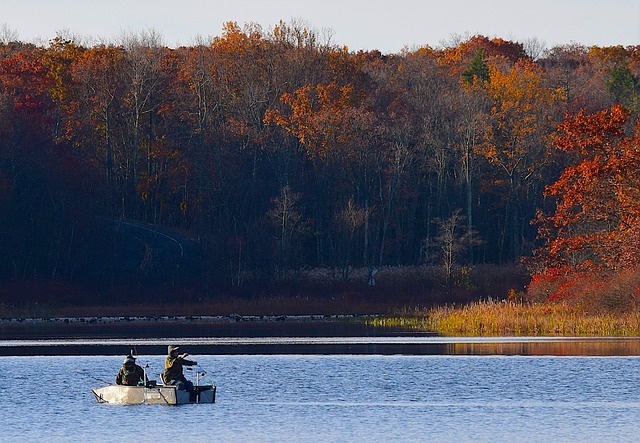 This feels awesome,” said French, a junior majoring in Nursing. “We were really getting frustrated out there today, and we took a break and regrouped and were able to put it all together at the end. Coming to the scales I thought we would have enough to qualify for the invitational, but I definitely didn’t think we had over 17 pounds.”

“I only live about three hours from the lake,” said Snyder, a junior majoring in Agronomy. “I fish it often, every summer. We came here last weekend and idled around for three days just looking for schools. We had 11 different schools marked, but a lot of the fish had moved on.”

The Eastern Kentucky team said that they fished the Tennessee River ledges, in 17 to 25 feet of water. Snyder estimated that the team caught only nine or 10 fish throughout the day, but all bit on a Strike King 6XD crankbait in both Tennessee shad and Citrus shad colors.

“The fishing definitely got much better in the afternoon,” Snyder said. “The wind changed directions, and I think it really made a difference for us.”

FLW College Fishing teams compete in four qualifying events in one of five conferences – Central, Northern, Southern, Southeastern and Western. The top fifteen teams from each regular-season tournament will qualify for one of five conference invitational tournaments. The top ten teams from each conference invitational tournament will advance to the 2014 FLW College Fishing National Championship.

The FLW College Central Conference Invitational tournament is scheduled for July 27-28 on the Detroit River in Trenton, Mich.

College Fishing is free to enter and FLW provides boats and drivers for each competing team along with travel allowances. All participants must be registered, full-time undergraduate students at a four-year college or university and members of a fishing club recognized by their college or university.