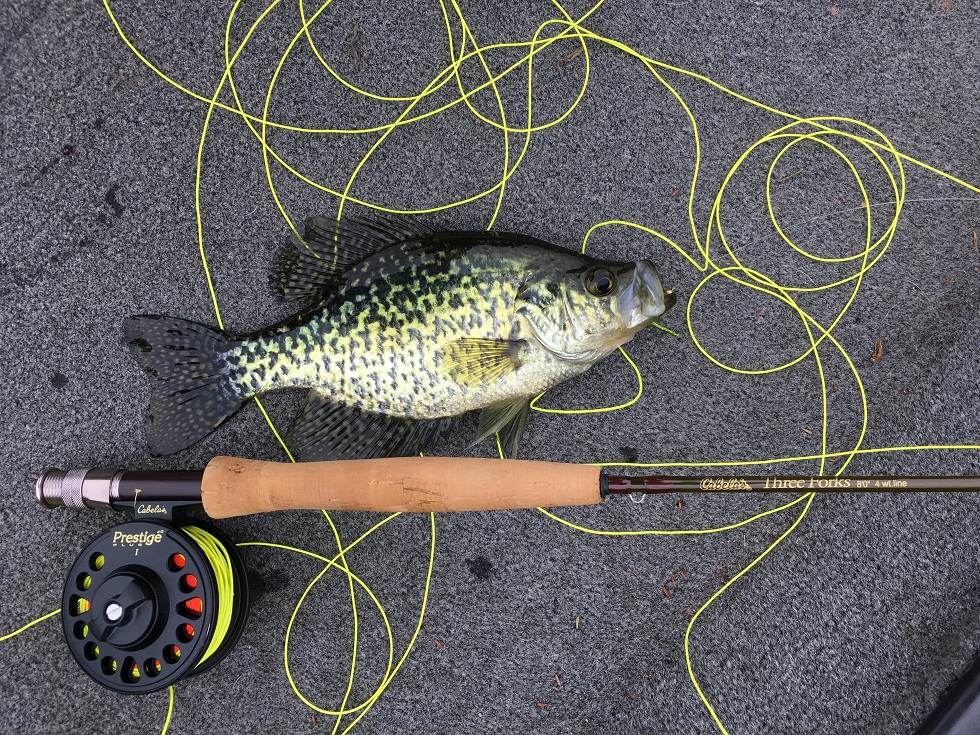 KENTUCKY – The crappie spawn often coincides with the blooming of dogwood trees in Kentucky. Many anglers plan a crappie fishing trip to Kentucky Lake at that time of year.

This typically occurs in mid to late April, just after the conclusion of what country people call redbud winter, the cold snap following the first real warm weather of the year.

This year, you don't have to wait until redbud winter passes to catch crappie at this world renowned lake. The crappie are biting now.

"I went yesterday and caught 13 keepers in the first two hours," said Paul Rister, western fisheries district biologist for the Kentucky Department of Fish and Wildlife Resources. "I had as many throw backs as I did keepers. Most of the throw backs were 9 to 10 inchers."

Rister reported the water temperature hovered around 55 degrees, unusually warm for mid-March. "They are definitely close to spawning," Rister said. "With air temperatures in the 80s for a while, there will be some fish spawning maybe as early as next week."

Vertical jigging red and chartreuse and purple with pearl 1/16-ounce tube jigs produced Rister's fish. He said a co-worker and friend drifted their baits over flats and had their limits by 1 p.m.

"All of my fish came from 8 feet of water or less," Rister said. "The water is heavy stained to muddy and that definitely helped. Of the 20 fish in my limit, 15 were white crappie and five were black crappie."

The heavy stained water in Kentucky Lake right now allows anglers to catch black crappie with traditional white crappie fishing presentations. However, when the water clears again, that goes out the window.

Fishing for black crappie is a lot of fun, but a different beast than fishing for white crappie. This difference can be a source of frustration for crappie anglers steeped in the white crappie techniques of drift fishing, vertical jigging or fishing close to shallow brush piles or stake beds.

Black crappie are now the dominant species in Kentucky Lake due to improvements in the lake's water quality over the past couple of decades.

The drought conditions in the late 1980s and 1990s along with improvements in agricultural practices cleared the water coming into Kentucky Lake. The lake's water holds less silt than it did years ago. Clearer water favors the black crappie over the white crappie.

Black crappie spook easily in normal, clear water conditions. They scatter when a boat passes over them. Noises from a tackle box lid or a dropped set of pliers send black crappie fleeing for safety. You must stay well away from black crappie and cast to them, similar to bass fishing.

"I cast to rocky banks for black crappie," said Ryan Oster, fisheries program coordinator for Kentucky Fish and Wildlife. "This time of year, if you can find a rocky bank with isolated timber or brush that makes it golden for catching both pre-spawn and spawning black crappie."

He prefers red and chartreuse, green or white 2-inch tube jigs. "I don't mess with minnows this time of year because you don't need them," said Oster, who formerly served as assistant western fishery district biologist and helped manage Kentucky Lake. "I vary the colors until you find what they want that day."

Black crappie also often act like summertime largemouth bass they strike best in the first and last hours of daylight. "You can really waylay the black crappie when you cast the bank at those peak times," Oster explained. "You can catch them at other times of the day, but those times are best, even in spring."

White or chartreuse Roadrunners, a horsehead-shaped leadhead jig with a small spinner attached and dressed in marabou or a soft plastic trailer, are also good lures to cast the banks for black crappie at Kentucky Lake. A local favorite for black crappie is a 2 1/2-inch lime green curly-tailed grub rigged on a 1/8-ounce red leadhead.

Don't delay until a week before the Kentucky Derby to head to Kentucky Lake for a spring crappie trip.

"Yesterday was my first trip out this year," Rister said. "It was definitely good fishing. That was the first limit I've caught in some time."

Author Lee McClellan is an award-winning associate editor for Kentucky Afield magazine, the official publication of the Kentucky Department of Fish and Wildlife Resources. He is a life-long hunter and angler, with a passion for smallmouth bass fishing.